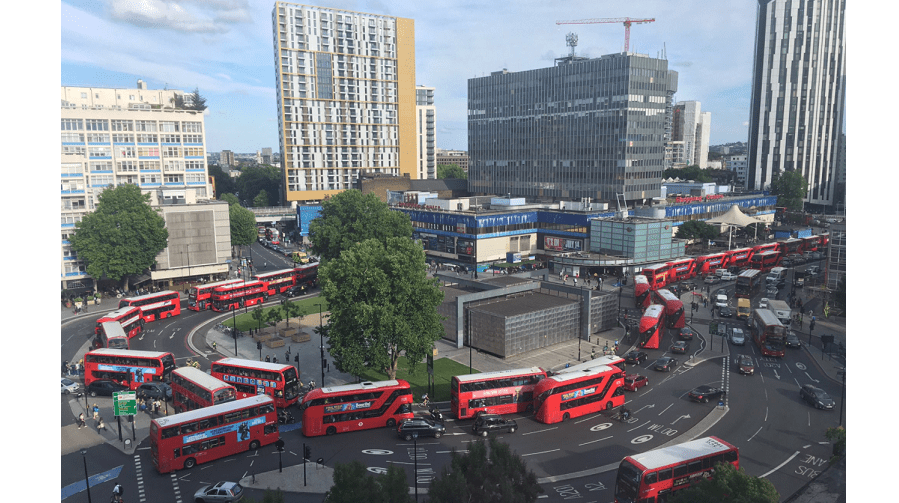 There was commuter chaos at Elephant and Castle on Tuesday caused by a protest march that edged towards Kennington Lane at 6pm.

The photo was captured by Richard Reynolds, a resident of Perronet House.

“A friend of mine counted about 35 buses,” said Richard, whose Twitter account Roundabout News highlights problems with the redesign of the Elephant and Castle Junction. “There was one road closed nearby, and it just goes to show the entire system can’t cope with one small problem.”

The old system couldnt cope either. Most days its works well and I get through from Walworth Rd to Newtingon Causeway much quicker.

I think Mr Reynolds has been a constant critic of the redevlopment of the traffic system, running a pretty vocal campaign.

Wouldn’t be half as bad if vehicles, and especially London buses, weren’t constantly driving into and blocking junctions when they can already see they can’t get out at the other end. This is a London wide problem that causes most of the gridlock.