The alleged incident happened on King William Street, just before the City end of London Bridge 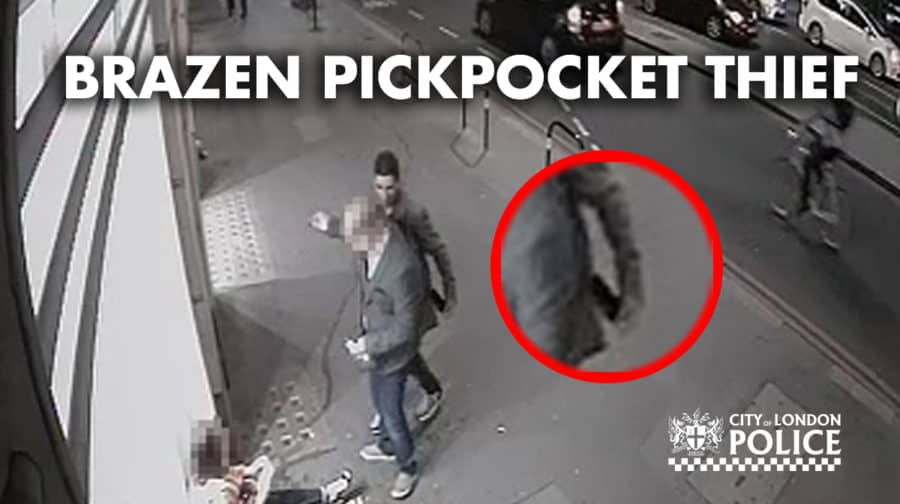 City of London police want to identify this man, who they call a 'brazen pickpocket thief'

Police want to catch a ‘brazen pickpocket thief’ who was caught on CCTV seemingly stealing a phone and wallet from an unsuspecting victim close to London Bridge.

The alleged theft took place outside the Snow and Rock store in the City’s King William Street, just before London Bridge, in the early hours of Saturday, June 22.

The footage shows the suspect approaching a distracted victim, before appearing to sneakily make off with possessions out of his pocket.

DC Steven Bailey, of the City of London Police, said: “This CCTV footage shows exactly how innocent members of the public can be momentarily distracted and end up with their valuables being stolen.

“It is common for people to think they would be too clever to fall for a trick such as this, but if you have your valuables on display, or clearly protruding from your pockets, you are putting yourself at risk.”

DC Bailey warned those visiting the City to keep an eye on their belongings at all times to avoid falling prey to pickpockets.