Protests cropped up across the UK 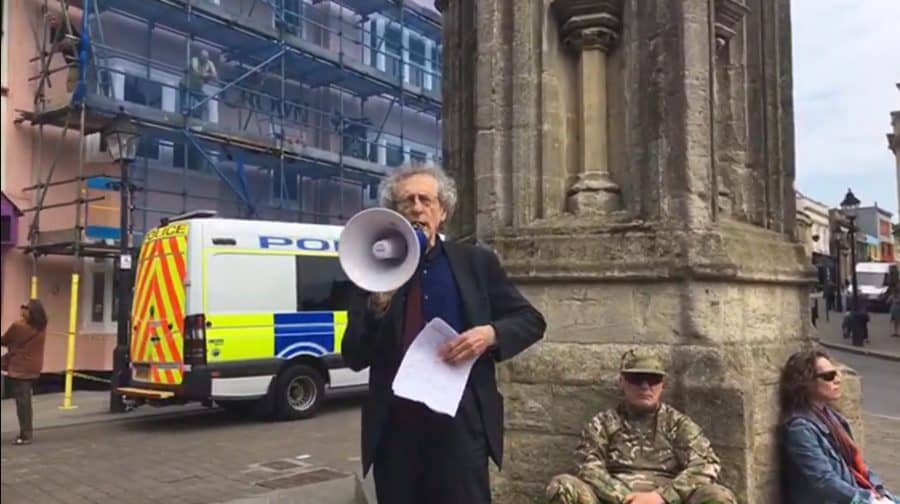 Walworth activist Piers Corbyn was arrested at an anti-lockdown protest in Hyde Park on Saturday while claiming 5G worsens COVID-19 symptoms and ranting against vaccination.

The conspiracy theorist, a well known man-made climate change denier, was one of around 50 people to gather at Speakers’ Corner protesting against what they say is a crackdown on civil liberties during the pandemic.

Corbyn, the brother of the former Labour leader, is most recognised in Southwark as being an ex-councillor and for his long-running activism against regeneration and support of housing rights.

The protests are believed to have been coordinated by a group calling themselves the ‘UK Freedom Movement’, with similar protests planned in Manchester, Leicester and Southampton.

Police have claimed the group, and similar anti-lockdown groups, have links with the far right.

Earlier this month Piers Corbyn was in Glastonbury, Somerset, protesting the lockdown and claiming COVID-19 had been exaggerated so malevolent forces could impose a ‘new world order’.

One of Jeremy’s Corbyn’s three sons, and Piers’ nephew, Tommy, tweeted: “Can I just say; Piers Corbyn speaks for Piers Corbyn and only Piers Corbyn… every family has a Piers I’m sure.”

Piers Corbyn is a highly intelleigent, well informed, honest man. Like everyone of his kind, he sees through the silly COV-19 planneddemic, and the even sillier climate-crisis chatter. But unlike many of his kind, he makes a mission of of educating the public in these very lied-about areas.

There was hundreds of people at hyde park protesting not 50