Piff and Mr Piffles come to the UK for one night only. 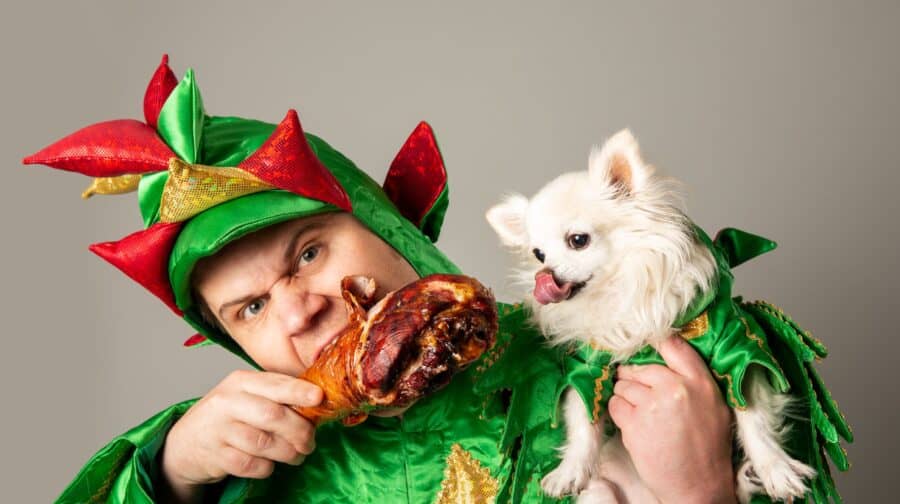 Piff The Magic Dragon along with his trusty sidekick Mr Piffles, The World’s Only Magic Performing Chihuahua™, and Jade Simon – a genuine Las Vegas Showgirl – announce the first UK date of their interactive livestream tour, PIFF THE MAGIC DRAGON: LIVE FROM LAS VEGAS, which has been entertaining audiences virtually across the US this summer. After breaking out on ITV’s Penn & Teller: Fool Us, Piff the Magic Dragon moved to Las Vegas where he stole the show on NBC’s America’s Got Talent in 2015.

For the past five years, Piff has been performing nightly to sold out houses at The Piff the Magic Dragon Theatre in the heart of the iconic Flamingo Hotel & Casino, Las Vegas.

Piff has been busier than ever these past few months with numerous appearances on US network and cable television. He vanished the Statue of Liberty with David Copperfield, taught tricks on Penn & Teller Try This At Home, and most surprisingly of all, emerged victorious from TBS’ comedy competition series, Tournament of Laughs.

In 2019, Piff was named one of the 10 Comics to Watch by Variety, won “Best Comedian,” “Best Magician” and “Best Headliner” in the Best of Las Vegas Awards beating Lady Gaga AND was awarded the Casino Entertainment Award’s Casino Comedian of the Year. For an act that bills himself as The Loser of America’s Got Talent, this is getting awkward.

Piff the Magic Dragon said, “Nowadays it seems like everyone is working from home, so I thought why not a dragon? I’ve spent the last six months building a TV studio in the garage and coming up with a bunch of magic that will destroy from a distance.

“It’s finally ready, and the best part is I can visit my birthland and still be home in time for tea.

“As long as I have tea at 4am. I was gutted to miss my annual pilgrimage to the UK this year, and to all those who missed us too, I hope this in some small way makes up for it”

Tickets on sale now via www.piffthemagicdragon.com