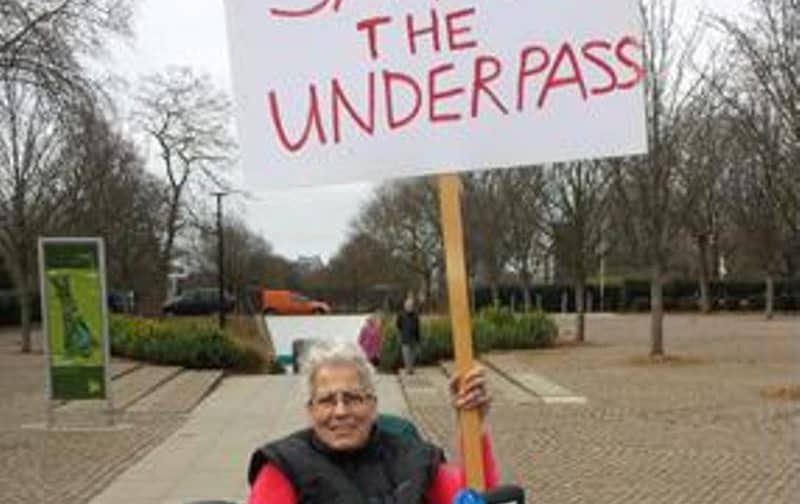 A petition to block proposed changes to Burgess Park gathered over a thousand signatures at the weekend.

Plans to route the Southwark Cycle Spine straight through the middle of Burgess Park has got local residents’ backs up.

Further plans to fill in the Wells Way underpass, forcing dog-walkers, cyclists and pedestrians to tackle the traffic, spurred on Rob Anderson, of Addington Square, and his neighbours to draw up a petition, which garnered just over a thousand signatures in two days.

Kim Boone, who lives next to the park said: “Local residents are strongly opposed to both plans.”

Aqasa Nu, a regular Burgess Park user, added: “The cycle superhighway will benefit lots people who don’t live in Southwark and don’t use the park to relax in, to the determent of thousands of ordinary park users.”

Southwark’s cabinet member for public health, parks and leisure, Barrie Hargrove said £8m had already been invested in Burgess Park and the council was now consulting on the next phase of improvements.

“We recognise that people care passionately about their park and we will listen to their views through this consultation. One option being considered was the removal of the link across the park through the underpass under Wells Way. There is clearly strong feeling amongst local residents that this link should remain, and this will now be kept in place,” he said.

Cllr Mark Williams, Southark’s cabinet member for regeneration, planning and transport, added that the council was currently considering the 1,000 responses it had to the Southwark Spine consultation. “Any new route through Burgess Park will be designed in a way that encourages responsible cycling, we will talk to local residents and park users about how we can do this in more detail before any works begin,” he said.