'Despite all of our warnings, Planet Nollywood continued to flout the rules and ignore officer advice' 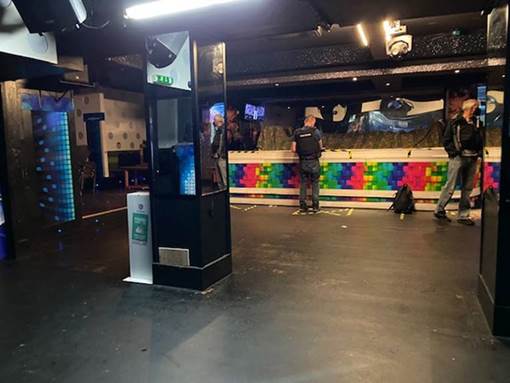 Planet Nollywood’s dance floor  was closed down and its owners taken to court after it was found flouting COVID-19 rules during a council and police raid.

Police and Southwark Council staff busted the venue in Camberwell Road on Friday, September 18, after repeated advice and instructions to improve its health and safety had been ignored.

In a statement Southwark Council alleges that the ‘majority’ of staff were ‘ignorant of COVID-19 regulations’ and CCTV footage from September 12 and August 8 showed the premises had been illegally operating as a nightclub.

A Prohibition Notice was served to close the ground floor, and sound system equipment seized.

Southwark Council says it is taking further prosecution against the owner under current COVID-19 legislation.

Cllr Evelyn Akoto, cabinet member public health and community safety, said: “While we are working with many businesses, and helping them to play their part in keeping people safe, it has become clear that a small minority are repeatedly failing themselves, their staff and their customers.

“Despite all of our warnings, Planet Nollywood continued to flout the rules and ignore officer advice.

“We will meet this, and all such irresponsible and dangerous behaviour, with legal action under Covid-19 and other appropriate legislation.

“With rates of infection rising across London, and nationally, is it vital that we all follow the rules and do the right thing.”

Tooley Street has spot checked, served warnings and prohibition notices to over 3,400 businesses since the first lockdown, saying the vast majority are compliant.

In these checks, officers make sure that the test and trace system and NHS QR code app are being used, social distancing is being observed, tables are not too close, masks and other PPE are being worn, that the rule of six is being followed and that the 10pm curfew is being respected. It also offers advice and support for business owners.

The Met has the power to enforce these legal limits, and issue fines of £100, doubling for further breaches, up to a maximum of £3,200.

The News contacted Planet Nollywood for a response but has not yet received a reply.

In the dock: Teenage rapist from Bells Gardens Estate sentenced after knifepoint attack