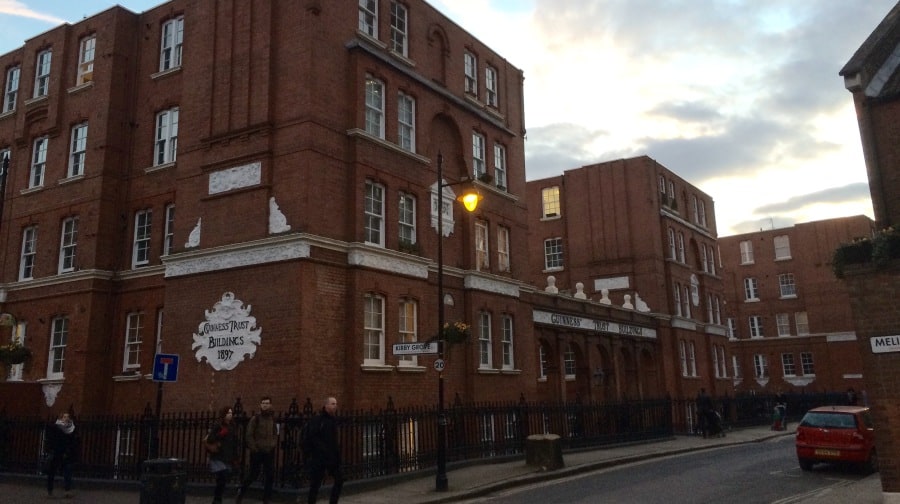 The Guinness Court buildings in Snowsfields

Plans to build flats on top of a Victorian housing estate have been approved.

It also wants to install an external lift from ground to fourth floor level on one of the buildings.

The complex, built in 1898, is made up of three five-storey buildings – two larger and one smaller.

The mansard was removed in the 1970s, however, leaving the buildings with flat roofs.

Guinness plans to extend the current buildings by two floors in the form of a double mansard to provide 30 residential units.

The flats will be a mix of private sale and affordable rent.

The plans were approved at a planning committee meeting on Tuesday, October 10, subject to conditions.