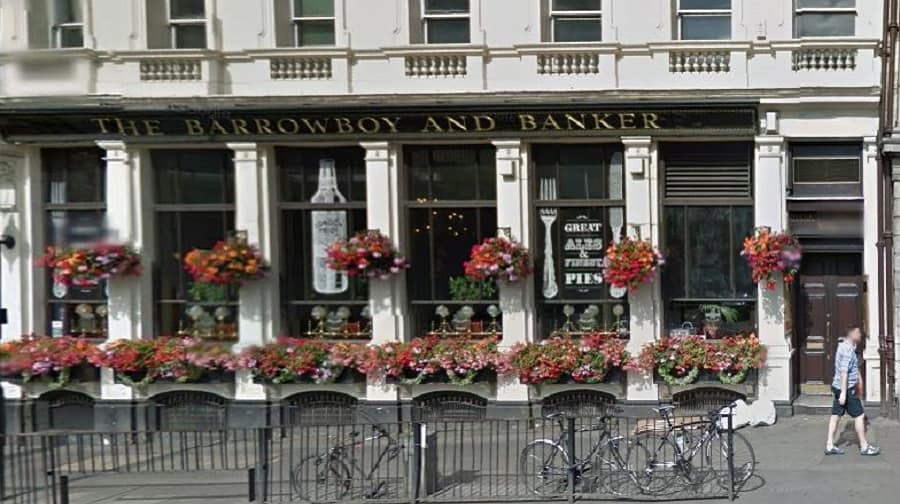 The Barrowboy and Banker in Borough High Street

An historic Borough pub which once served as the first branch of Natwest could expand into an unused office space if plans are approved.

The Barrowboy and Banker is currently housed across the ground floor and mezzanine level of 6-8 Borough High Street.

The pub is in a Grade II-listed building, originally built as the first branch of the National Westminster Bank, where there is also a bar/restaurant at basement level and offices on the first, second, third and fourth floors.

The pub owner, Fuller’s, and LAP Architects & Interior Designers have submitted plans to the council proposing to expand the pub into a vacant office space located at raised ground-floor level.

The proposal is to link through at ground-floor level between the existing pub and vacant office, which would be changed to A4 use.

Part of the plans also includes the refitting and re-planning of the bar counter and finishes to the existing pub.

The Barrowboy and Banker gets its name from the barrow boys who used to sell their produce at the nearby Borough Market.You can still see many of the original features of the bank such as the large windows and double-height ceiling and beneath the bar is a labyrinth of existing bank vaults, which are now used to store and condition all the pub’s beer.