Concerns have been raised about the impact on the Kagyu Samye Dzong Buddhist Centre, housed in the former Bermondsey Public Library 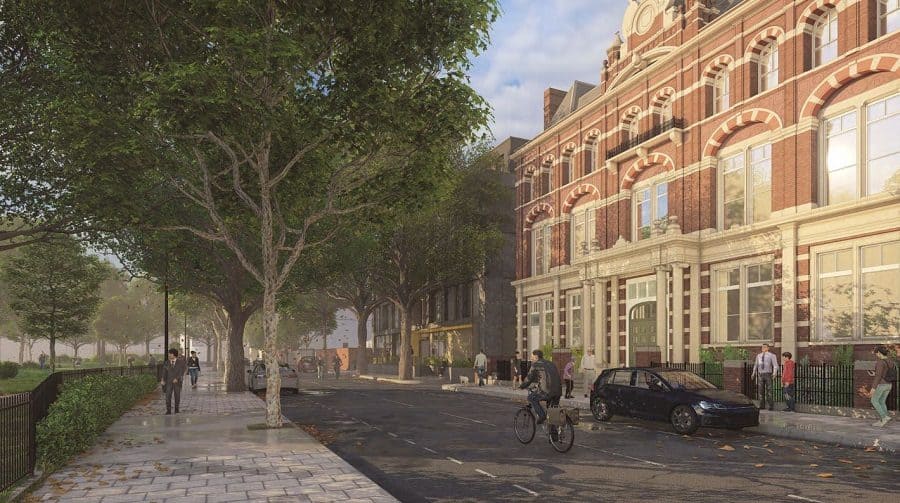 Proposed image of the development from Spa Road

Plans for student accommodation next to a Bermondsey Buddhist centre could be approved next week despite hundreds of objections.

The proposals, due to be considered by councillors on March 3, would see a four-to-six story building created to form 185 student bedrooms on Spa Road if approved.

Although not linked to a specific university, a report which will be put before Southwark’s planning committee notes that it is close to many major universities, including LSBU and University Arts London.

In consultation, the overwhelming majority of responses were objections.

Concerns initially voiced by the Kagyu Samye Dzong Buddhist Centre included the harm the accommodation would do to the heritage of its building, which is the former Bermondsey Public Library.

Since revisions were made to the scheme, including the removal of a storey and a reduction in bedroom numbers, the Buddhist Centre withdrew its objection.

Officers have recommended that the plans be given the green-light.

“It would provide good quality student housing and would not cause unacceptable harm to the amenity of neighbouring properties,” the report states.

Over three rounds of consultation, the council received around 390 objections. Some of these objections relate to an earlier iteration of the application before changes were made.

Fears raised include impacts on the centre, height and size of the building, loss of privacy and added pressure on transport.

However, six local businesses have voiced support for the application. The developer submitted 149 signed leaflets from students in favour, which council officers said they had not counted towards the total number of objections logged.

Those that have left messages of support in favour of the application note that the need for student residences.

“From the point of view of a neighbour and a student, I think it is incredibly important to continue to develop the availability of residences in the city and beyond,” said one.