Application open to public until December 3 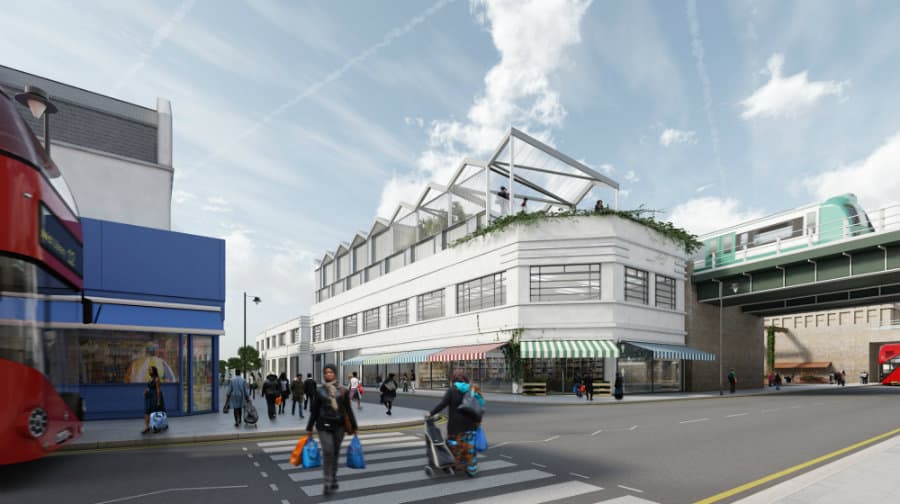 A planning application for a new square outside Peckham Rye station – complete with tropical roof garden – has finally been submitted.

The proposal was initially revealed at a community meeting in August, to mixed reviews.

The design, by Landholt and Brown Architects, will open up the front of the historic station by demolishing the arcade, which currently houses TSB bank, Jenny’s café and several small businesses.

The bordering railway arches would be refurbished to create commercial units facing into the new square and two new storeys would be added on top of the building on the corner of Blenheim Grove and Rye Lane for a tropical roof garden.

At the initial unveiling of the plans in August, there was a consensus of support for an open square, harking back to the station’s original 1800s surroundings, but concerns around the detail of the design.

Barry Jenkins, of Barry’s Café next to the station, worried about the maintenance of the large planters, while Derek Kinrade, of the Peckham Society, said he was “distinctly worried” the new open space was being filled up with “clutter”.

Mickey Smith, who resurrected the now thriving Bussey Building, said it was a “good plan” but hoped there would be scope for more than the one bar currently proposed in the design to create a safe and lively atmosphere at night.

A computer generated view from inside the proposed square

Southwark’s cabinet member for regeneration and new homes, Mark Williams, said: “This is an exciting step forward for the future of Peckham and opening up the square in front of the station. Local residents have had a direct influence on how the new square will look through the co-design process, and these plans will help create a welcoming gateway to Peckham for many years to come.”

The planning application, reference 15/AP/4337 is now open to public consultation until December 3, with work planned to start in the summer next year if permission is granted.  It is estimated that the scheme will take eighteen months to complete.