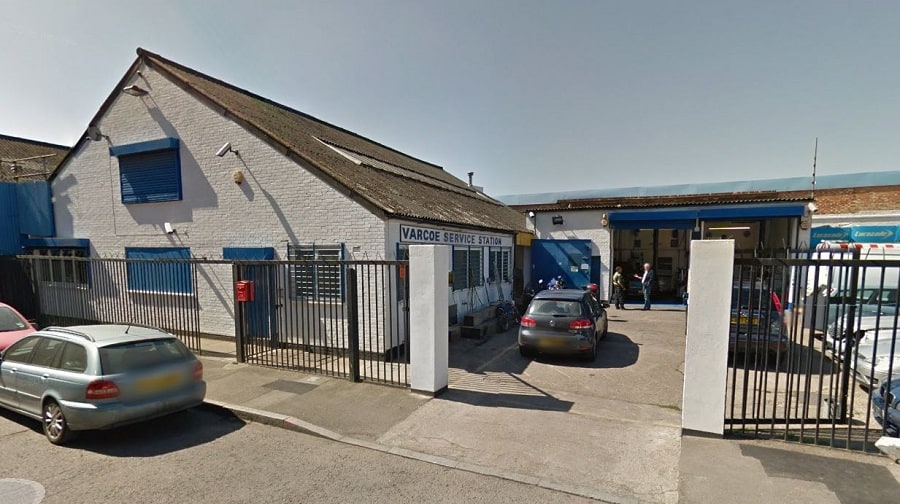 Plans to demolish a former car garage and build an eight-storey block of flats in its place have been met with opposition from residents.

Pocket Housing has submitted plans to the council for a development comprising a part six, part seven and part eight-storey building to accommodate 57 affordable flats in Varcoe Road, SE16.

Each ‘compact’ flat will have its own inward-opening Juliet balcony to the main living space and bedroom, and the first-floor west-facing flats will have their own large private terraces.

The site is located on the western side of Varcoe Road which is currently home to Varcoe Road Service Station, which will be demolished if the plans go ahead.

A group of residents living at nearby Batwa House, in Credon Road, have drawn up a petition opposing the development which has attracted 47 signatures.

A computer-generated image of how the Varcoe Road development is expected to look Credit: Pocket Housing

They say Varcoe Road is “too narrow” for the development, and that the building would block out their light due to its height and “steal away” their privacy.

A letter signed by residents Adam Black, 40, Dan Skili, 41, and Naomi Ford, 28, said: “While we acknowledge the need for affordable housing in the area we are deeply concerned how this proposed building will affect our standard of living and access to local amenities.

“As proximate neighbours to the site of the proposed development, our primary argument relates to the over-development of a small plot resulting in a domineering building that will be out of character with existing properties in the immediate vicinity.

“We feel strongly that our right to light, privacy and local services shall be significantly imposed as a result.”

In response, Pocket development manager Matt Woolgar said: “There are nearly a thousand Southwark residents who are registered with Pocket for our affordable homes, as they are currently priced out of the market in the borough so we’re very excited to be bringing our first scheme forward for planning, to hopefully help these first time buyers get on the housing ladder.”

A consultation began on January 12 and a decision is expected to be reached by April 10.