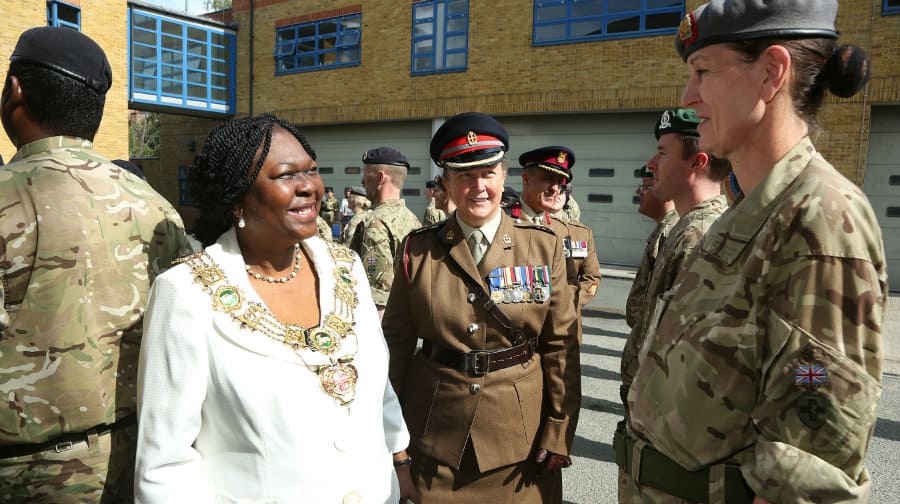 The Mayor of Southwark, Councillor Dora Dixon-Fyle, attended the parade at the Army Reserve Centre in Braganza Street, where reservists have been trained since 1865.

In 1995 it became home to the 256 Field Hospital – London’s only Army Medical Hospital, who train medical personnel to treat casualties of war. Volunteers trained at the Kennington HQ have been dispatched to treat wounded soldiers in Camp Bastion in Afghanistan and support the Ebola effort in Sierra Leone. Army Medical Services Band trumpeted the success of the training facility while Padre Rod Saunders gave it his blessing, before Cllr Dixon-Fyle and Colonel Liz Coles unveiled a commemorative plaque. Cllr Dixon-Fyle said: “I would like to thank all members of the Regiment, past and present for their impeccable service. We are very proud to have your Regimental Headquarters in the borough.”