"It can be overwhelming which is why local level initiatives such as mine are so important,' says group founder Ric Baldock 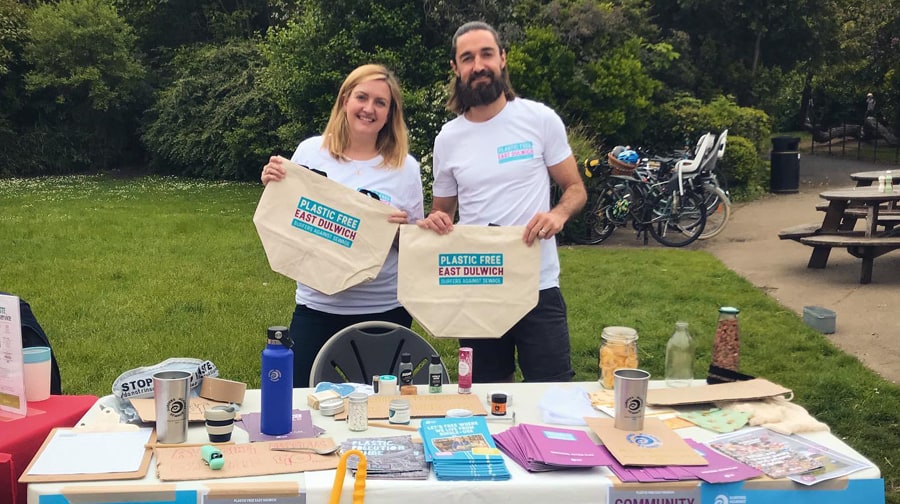 Plastic Free East Dulwich at the Dulwich Park Fair in May

The founder of Plastic Free East Dulwich is crowdfunding to help take the campaign’s work to the next level.

The group, set up by Ric Baldock, says it has created the first “plastic free community” in London in East Dulwich by supporting a number of businesses and schools to ditch polluting single-use plastic where possible.

The volunteers visit schools and shops in the area to talk about the harmful effects of discarded plastic on our environment.

It is also pushing for tougher action from the government and Southwark Council.

According to estimates, 38 million plastic bottles are used every day in the UK.  Only half of them will be recycled.

It is believed our global consumption of disposable plastic, most of which is used only once, is so high that by 2050 there could be more plastic in the oceans than fish – leaving to irreparable harm to our marine life.

“The issue is gaining more attention, but it needs more and faster action to affect the necessary change – from individual purchasing power right up to government legislation,” explains Ric.

“It can be overwhelming which is why local level initiatives such as mine are so important – a call to arms to show people that their action can make a difference.”

To pledge your support, visit their page here.