'Even if people use plastic bottles, they could at least help us and put more of them in the recycling bin,' says Deena from Year Six 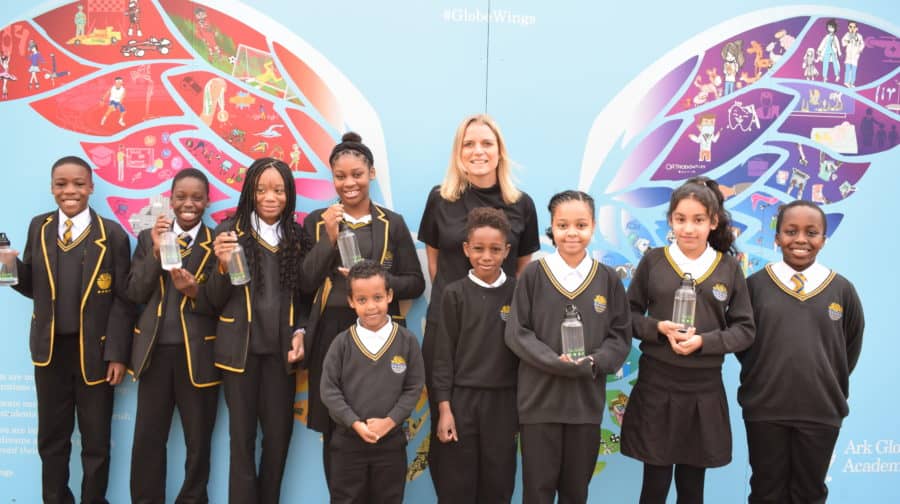 Before the Coronavirus outbreak the News visited the school to find out why it had taken the step.

Ark Globe Academy, near the Elephant and Castle roundabout, has over 1,000 students – and every one has received a free reusable hard water bottle.

The decision was taken by the student council, along with geography teacher Fiona Barrie, to cut the amount of plastic the school wastes.

Ark Globe said it previously used 300 plastic bottles every day, or nearly 60,000 over a school year.

Ms Barrie said that teachers showed students how much plastic ends up in the sea. The kids were shocked about the impact the plastic they use can have on sea creatures.

“The reasons we also have hard plastic bottles is that if we use normal water bottles it will flow around the sea,” said year five student Shia Abunu.

“Animals like ducks or turtles will think it’s food but it’s not, and then it will go inside their body and they could die,” he added.

The kids are keen that others should follow in their footsteps.

Year six student Deena Swadi said:  “Even if people use plastic bottles, they could at least help us and put more of them in the recycling bin, so they will make more of these hard bottles.”

And word seems to be spreading already.

Shia said his family have been borrowing his bottle – and friends from other schools have been asking where they can get one.

Ms Barrie and the students said they have been inspired by Swedish teenage climate activist Greta Thunberg.

Zach Longe, who is in year 7, said: “She stood up for what she believed in… she’s very impressive for going against people who disagree with her.”

But the students added that they are not yet ready to follow Ms Thunberg’s example by going on strike.

According to the journal Science, up to 12.7 million tonnes of plastic end up in the seas every year.

This plastic can be very harmful to fish and other sea creatures, as it can entangle or injure them, or poison them if they mistake it for food.