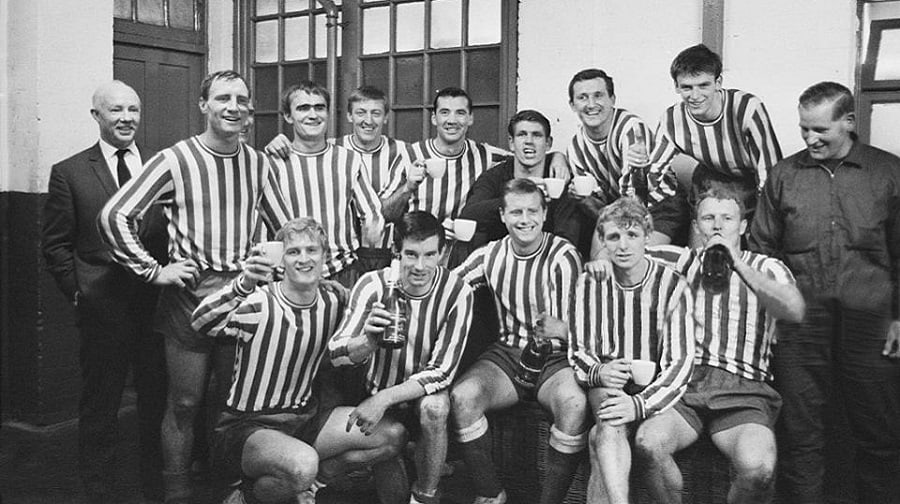 Players from Millwall’s 1964-67 squad will return to the Den for the annual Dockers’ Day this weekend.

The seven Millwall players who played the most games in the run were presented by the FA with a commemorative lighter Credit: Chris Bethell

Now in its tenth year, Dockers’ Day – sponsored by the Southwark News –  celebrates the club’s historical links with the dock workers who formed a large part of Millwall’s support in days gone by.

Twenty lucky dockers will get a VIP day out, including a presentation medal courtesy of sponsor Southwark News, and the chance to meet the players who have been invited.

The event will take place at the Den on Saturday, March 18, before Millwall play Bury at 3pm.

The players will arrive at the stadium at 11am on Saturday for a tour, dinner, and an exhibition.

Supporters should arrive in the car park by 2pm to get photos and autographs with the players and dockers near the ‘Blue Bus’ before they go onto the pitch at 2.30pm for a presentation.

Millwall fan Colin Welch will be sponsoring the Dockers’ Day T-shirts for children which the players will wear for their warm-up before signing them and giving them to Junior Lions around the ground.

Bart De Baere, a docker from Zeebrugge, in Belgium, will be travelling to Bermondsey to stay with fans and attend the event.