All money raised will go towards a charity fund being set up in Tommy Blackmore's memory. 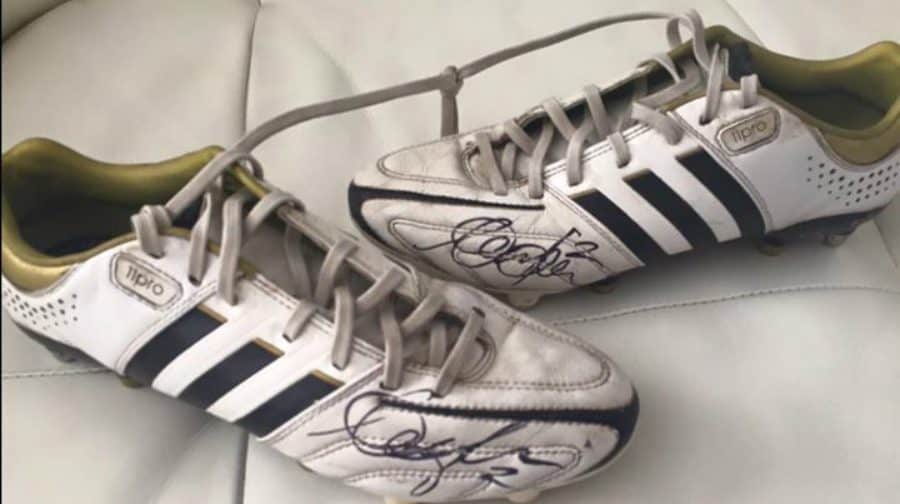 Over £1,000 looks set to be raised in a special online auction being held in Tommy Blackmore’s memory.

The auction, which is taking place on Facebook until Tommy’s birthday on September 5, features a number of high-value sporting memorabilia.

All money raised will go towards charity fund being set up in Tommy’s name, which will help charities and community groups in the area.

The most popular item so far is a signed Chelsea FC shirt which has received an extremely generous bid of £350 – although a signed Millwall FC shirt has also topped £300.

Other popular items include a signed Al Pacino photo, a signed Chelsea football and a signed Sugar Ray Leonard boxing glove, which all boast current bids of at least £100.

Ten individual bottles of customised Bermondsey Best beer are also up for auction, with a personalised label featuring Tommy’s photo and the quote “it’s better to be someone for a day, than no one for a lifetime.”

A customised bottle of Bermondsey Best

Paul Morrison, the auction’s organiser, urged people to “did deep for a great cause.”

He said: “All of the items were donated by extremely generous people and we hope everyone is equally generous in bidding. All money will go towards Tommy’s fund which will help local people and charities.

“The items are all important to Tommy’s life. The boxing gloves are because of his fundraising with Fight4Cancer and the football items because he was such a big Millwall fan. It’s a way of remembering him while also giving to a great cause.”

The proceeds from the auction, which already looks set to easily top £1,000, will be added to the money raised at the Tommy’s Day celebration held last weekend. In total, it is expected that over £10,000 will be raised.

Take part in the auction at http://on.fb.me/1EdtrAG or by searching for “Tommy’s Day Auction” on Facebook.