Eight men and boys have been arrested, and charges were dropped against one suspect earlier this year 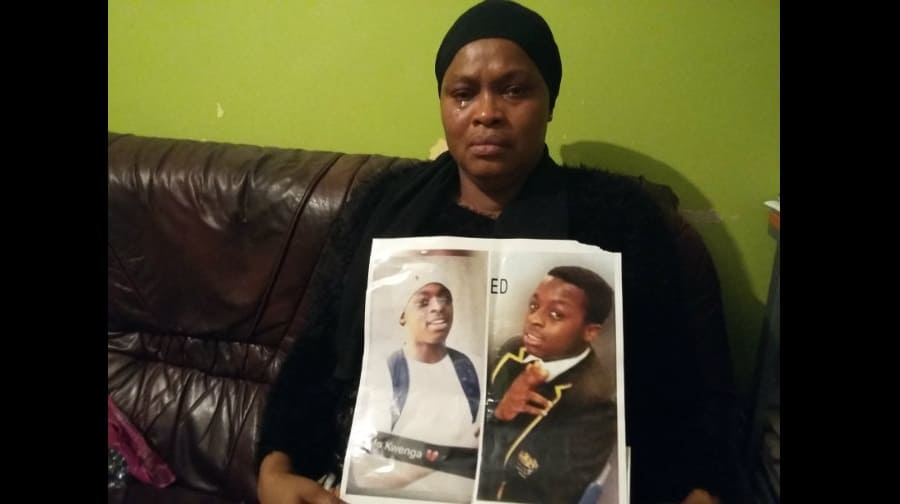 Mariama Kamara holds a photo of her late son Mo

A heartbroken mum has made an emotive appeal on the one-year anniversary of her son’s murder, in the hope that witnesses can help bring the killers to justice.

Mohamed Dura-Ray – Mo to his family and friends – was found stabbed to death just before 11pm on September 14  at the Newington Estate in Canterbury Place, Kennington.

The sixteen-year-old Globe Academy pupil’s death sparked an outpouring of grief from the community, and the creation of the Drop the Knives, Save the Lives campaign.

Eight male suspects between the ages of sixteen and 54 were arrested, but no one has been convicted, even despite Scotland Yard offering a £20,000 reward to encourage witnesses to come forward.

Mariama (aka Baby Leigh) Kamara, who lives in Walworth with Mo’s younger sister, told the News: “Mo was a very respectful, charming boy. He was never a person for violence. He would always be smiling and always laughing.

“He had a sense of humour be he was polite and helpful. That’s how I brought him up to be.”

“He liked praying at the mosque. He always loved Manchester United, and he was very good at maths. He wanted to do engineering at university and he helped his younger sister [Mamusu Kamara] with her homework.”

Mo Dura-Ray outside his old home in Walworth. The photo was taken the week before he died

It was also Mariama’s birthday before the night her son died. “He had just given me a heart he had made and he was going to buy me flowers and take me and his sister out for ice creams,” she said.

Detective chief inspector Graeme Gwyn said: “Despite extensive enquiries, I know there remain witnesses who still haven’t come forward and spoken to police. We need everyone who was there that night to tell us what they know about the events leading up to Mohamed’s murder, and what happened before and afterwards.

“Maybe you weren’t there that night but have heard talk since about who might be responsible or what happened. Please come forward and speak in confidence to my officers or anonymously to the charity Crimestoppers.”

Commenting on the one-year anniversary of Mo’s alleged murder, Bermondsey and Old Southwark MP Neil Coyle told the News: “Mariama is still waiting for justice. The prosecution rate for knife crime is far too low. Police need better resources and there needs to be harsher sentences.

“I have heard from young people who knew Mo that one of the reasons they fear giving evidence is that if someone gets put in prison, it won’t be long before they get out and seek revenge on witnesses.

“But people need to come forward to bring the attacker to justice and prevent further tragedies. Someone right now is literally getting away with murder.”