Alexander was instrumental in stop-and-search reforms 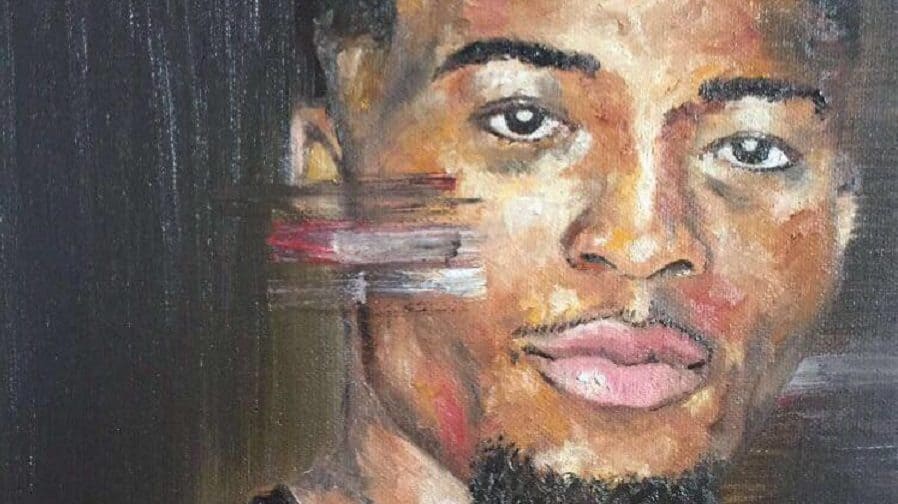 The mother of an acclaimed Crystal palace poet and political activist who tragically died of brain cancer aged just 21 is giving a special reading of his work in Herne Hill this month.

Alexander Paul was a poet and spoken word performer who won plaudits after being invited to speak at the Conservative Party Conference in 2014, where he was given a standing ovation after introducing the then Home Secretary, Theresa May.

He told assembled politicians that more than 20 stop and searches within five years had left him ‘vilified, exploited and angry’, and was widely credited in helping persuade the government to reform how the controversial practise was used by police.

May later paid tribute to him after his death at the following year’s conference, saying: “Let us today remember the courage he showed in coming to our conference to speak out against injustice, take pride that we gave him a platform, and, inspired by his example, redouble our efforts to give a voice to the voiceless at every opportunity,”

Alexander’s death cut short what could have been a political career, but his legacy continues with the work he left behind in a new volume of his poetry and biography published in June this year, Climbing Clouds Chasing Comets.

His poems examine family life, love and friendships, but also the darker sides to living in London, such as homelessness, loneliness, and the mental health issues affecting young adults.

On Thursday, August 16, his mother Joanna Brown will read from the collection at Park’s Edge restaurant, in Herne Hill.

Herne Hill holds special memories for Joanna, as a place where she lived for many years, in the Poet’s Corner area near Brixton.

She said: “I’m looking forward to talking about my son and the issues he was so passionate about in the place where I’ve called ‘home’.

“I have fond memories of Poet’s Corner where I grew up and of Herne Hill Baptist Church, where my parents were members and where my father was baptised.

“Even now, my best friend lives on Delawyk Crescent so I feel very at home in Herne Hill.

“Herne Hill has changed over the years but it has always been a place where creativity is encouraged and where togetherness between young and old, black and white thrive.

“I’m really looking forward to hearing my son’s poetry being read on my ‘home turf’ so-to-speak.

“Much of Alexander’s poetry allows one to peer into the minds of young people, especially males to understand how they can often appear to be functioning well on the outside, but harbour deep emotions that can lead to depression as they try to cope with the metamorphosis of maturing into a young adult.

“We all sometimes suffer from gloomy feelings, but reading in a poetic format can often lift you out of those moods.”

The event is free to attend, and all proceeds from the sale of a special cocktail Alexander enjoyed will be donated to The Alexander Paul Organisation, which aims to help other young people express themselves through creativity in memory of Alexander.