Pokemon Go and Mopeds thefts: Police urge caution as people take to the streets with their phones on display 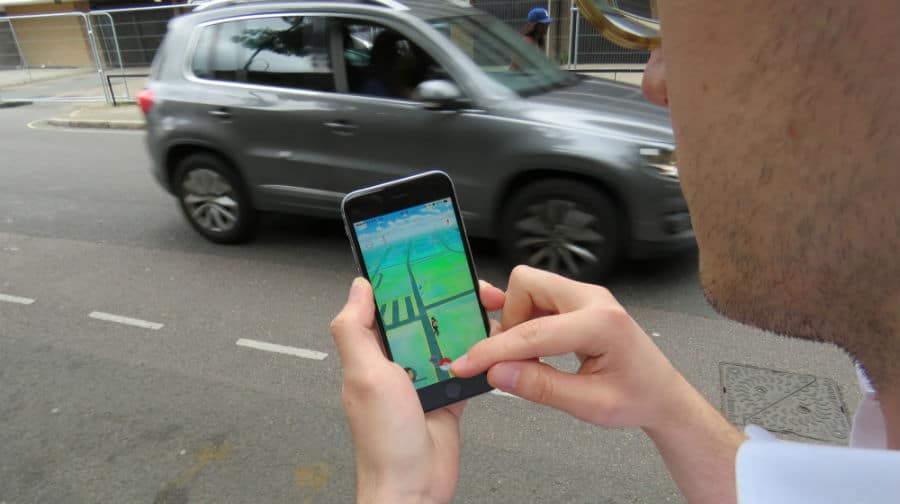 People catching Pokemon in Southwark should be aware of moped thefts, warn the Police, as the game encourages people to walk around with their phones out.

Pokemon Go officially launched in the UK on Thursday July 14 after it was released in the USA and Australia, with millions rushing to download it.

The popular game involves going out to landmarks to receive points with opportunities to catch Pokemon along the way. When a Pokemon is near you, your phone vibrates and you use your camera to find it, before trying to catch it.

PC Chris Chapman, Southwark Police Community Engagement Officer, said: “We would encourage any members of the public who are playing the new Pokemon Go app, to be extra mindful of this game potentially diverting valuable attention away from your immediate environment than usual.

“This may increase your risk of accident or being a victim of theft by those targeting you for you mobile or tablet. Mobile Phone theft is still a very real problem but one that can be greatly reduced by careful use in public. Please enjoy the game but stay alert to the outside world while you do.”

This process has concerned Police in Southwark due to an ongoing issue of thieves on mopeds stealing people’s phones as they look at them while walking.

To all those who might be looking for Pokémon around Southwark today… Please be extra aware of your surroundings! #PokemonGo (1/2)

Take care crossing roads and be aware of people who might want to take your phones, or you won't be catching anything! #PokemonGo (2/2) ^524

Please be aware – there are mopeds out and about across Southwark looking to snatch phones. ^524

Over the past few months there has been a string of moped-related thefts across Southwark, causing Police to repeatedly warn walkers when there is a high number of mopeds on the roads.

Southwark NewsNewsPokemon Go and Mopeds thefts: Police urge caution as people take to the streets with their phones on display