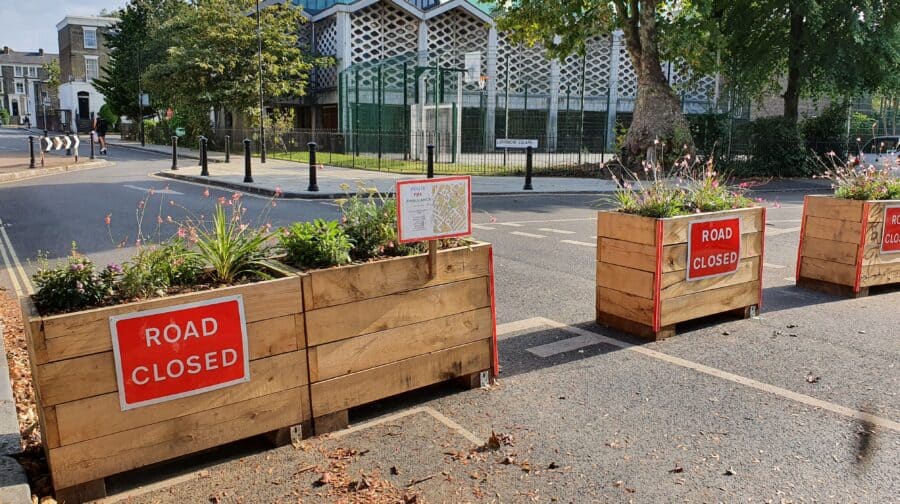 The police, ambulance service and Guy’s Hospital have indicated to Southwark Council they will not support hard road closures because they increase response times to emergencies.

According to a proposed road closure published by the council, the three organisations’ preference is for “camera enforced closures without physical prevention for vehicles,” instead.

They are awaiting approval by Southwark’s transport boss, Cllr Catherine Rose, not before  Thursday, October 8.

One, in Bermondsey Street, would see modal filters between Morocco Street and White’s Grounds, and lockable bollards.

“Due [to] costs associated with the installation of ANPR cameras are not appropriate for an experimental scheme, and we have preserved access to all roads,” states a report by a council officer.

Signs would be considered if the change was made permanent, it adds.

Great Suffolk Street will see an overhaul as part of a new Low Traffic Neighbourhood under the batch of changes.

It means the street would become one-way northbound between Union Street and Southwark Street.

Other one-way systems would be created on surrounding roads, including Lavington Street, Webber Street, Sawyer Street and Great Guildford Street.

This is to make the area more cycle-friendly, and would last an initial eighteen months, before being expected to become permanent.

In Rotherhithe’s Lower Road the council intends to extend Cycleway 4 in temporary materials to Evelyn Street, to create a segregated two-way cycle lane.

This is expected to become permanent as the route for Cycleway 4 will eventually connect Tower Bridge to Greenwich.

In Dulwich’s Burbage Road, recommendations include “a bus and cycle gate with a northbound camera access restriction” at the junction of College Road roundabout and Burbage Road.

Meanwhile, a bus gate between Nunhead Crescent and Nunhead Lane, allowing buses, cyclists and authorised cars only is proposed.

“To help people return to work there are two main reasons why Southwark needs to fast track various transport measures to increase walking and cycling and keep driving low,” states a Southwark report.

“Firstly, the return to work process will involve the phased opening of different schools, shops, businesses and leisure facilities.

“Secondly, during the first year up to 40% less people are likely to use public transport to return to work in London because of concerns about social distancing and contact.”