He made the threats in Elephant and Castle and Tulse Hill 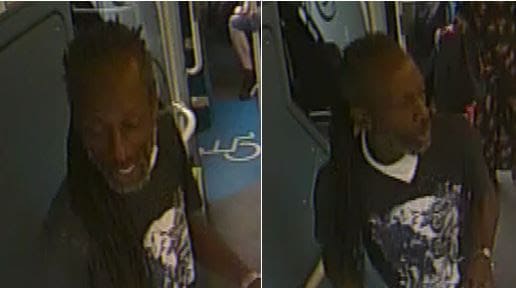 Police are looking for a man who has been seen threatening several people with a meat cleaver in south London, writes Kit Heren…

The suspect used the blade to chase a fellow passenger off a route 2 bus in Tulse Hill on Sunday, August 9 at around 6.50am, after being challenged over not paying his fare.

Police said less than an hour later, the same man was caught on CCTV threatening several people at a bus stop in Elephant and Castle, before boarding a route 196 bus.

He is also said to have made a homophobic comment.

Police are now appealing for help finding the man and have asked anyone with information to call the Roads and Transport Policing Command via 101 quoting reference Cad 2611/09Aug.

If you wish to report anonymously please call Crimestoppers on 0800 555 111 or report online.