A man has been charged in connection with the incident. 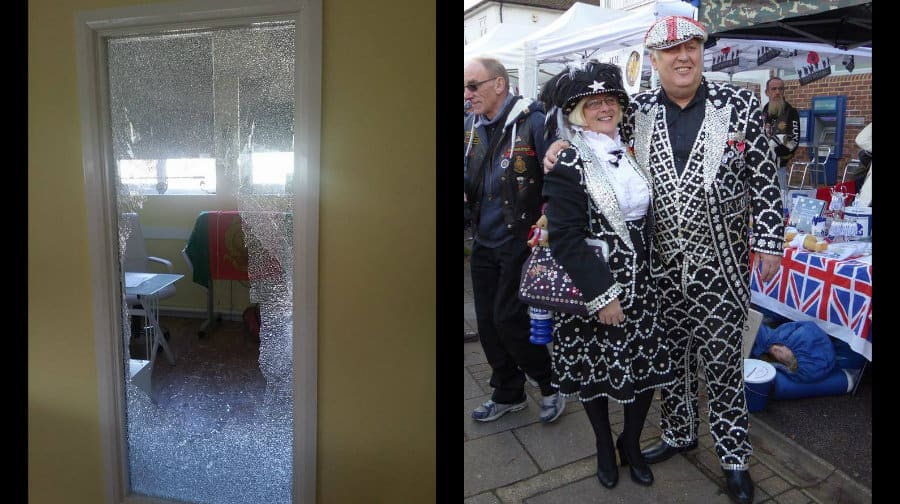 Jimmy and Michelle, right, with a door damaged during the raid, left.

Police are appealing for information after a Rotherhithe charity for ex-military personnel was burgled.

Homes 4 Heroes UK, located above the Surdoc Club in Cope Street, was targeted during the early hours of November 18 at around 4.45am.

Police told the News that a “white Toshiba laptop Satellite C55 DA14” was stolen during the burglary, containing templates used to make identity passes for the charity’s representatives.

The charity, run by Jimmy Jukes OBE, the Pearly King of Camberwell and Bermondsey, and Michelle Thorpe, the Pearly Queen of Rotherhithe, has now changed the passes for its staff and volunteers.

However, if anyone has any concerns about someone claiming to be from the charity they should contact Homes 4 Heroes on 020 7237 6363.

If anyone has any information regarding either the burglary, or the whereabouts of the laptop, they should call Southwark Police’s CID on 101 or Crimestoppers anonymously on 0800 555111, quoting crime reference 3033697/15.

A man has been charged in connection with the incident.