Both or either of the men are believed to have connections to the northern part of the borough, in particular Bermondsey 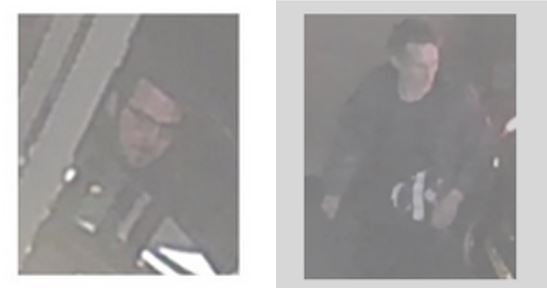 Police are seeking two men believed to have links to Bermondsey, who reportedly seriously injured a man by driving their car at him in Hounslow.

A verbal altercation took place between the occupants of two cars at a McDonald’s drive-thru at around 12.45am on September 28 in Bath Road, Hounslow.

Moments after, the police said the driver of one of the vehicles – a black Ford Focus – drove it towards four male pedestrians, who had gotten out of the other car. The man believed to have been the driver of the car

It hit one of them, a 26-year-old man, leaving him with serious head injuries.

He is still reportedly suffering impaired hearing and loss of balance five months after the incident.

None of the other pedestrians were injured. The suspected passenger of the car. Both men are believed to have links to the northern part of the borough

Despite an “extensive” police search, the two men in the Ford Focus – either or both believed to have connections to northern Southwark and Bermondsey in particular – have not been traced.

Police said the car was being driven under fake number plates, and has not been spotted since. The black Ford Focus, which had significant damage prior to the incident and was using a fake number plate, could prove crucial to the investigation, police said

Police asked anyone who recognises the two men to contact detectives on 101 quoting CAD 275/sep28.

Anyone who may have seen the black Ford Focus, which had significant damage on its front passenger door prior to the incident, is also asked to contact police.

Officers said information about the car could be “crucial” in the investigation.