A 20-year-old man was stabbed four times in Marcia Road, Bermondsey, during a violent attempted robbery 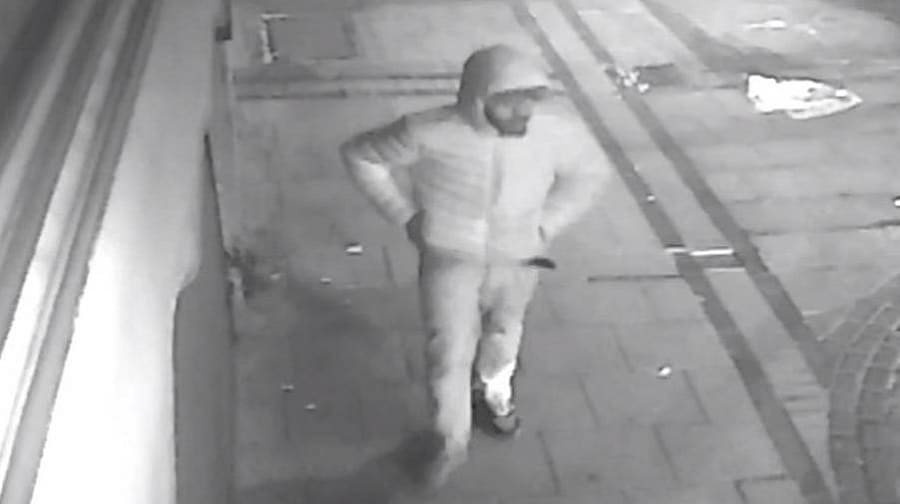 Detectives are appealing for the public’s help in finding a man they wish to speak to following a violent attempted robbery in Bermondsey.

A 20-year-old man was walking home after a night out when he was grabbed from behind in Marcia Road, near the Old Kent Road Tesco superstore, at 3.45am on Saturday, February 3.

A knife was held to his throat and the suspect demanded that he hand over his mobile phone.

The victim initially managed to escape but fell while running.

The suspect caught up to him and stabbed him four times before fleeing without the victim’s mobile phone.

The victim’s injuries were not life threatening and he has since been discharged from hospital. Detective Constable Samuel Cafferty from Southwark CID, who is investigating the case, said: “It was fortunate that the victim in this case did not sustain more serious injuries.

“The level of violence used against him was shocking when weighed against the suspect’s aim of stealing a mobile phone.

“I am very keen to hear from anyone who can name this person.

“Although the image is not particularly clear, I am convinced that anyone who knows him would recognise him from the image and I urge them to contact me immediately.”

The man pictured is believed to be a black male, aged 20-25 years old, with a goatee beard and what is described as a south London accent.

He was wearing a black puffa style jacket with hood, baseball cap, light-coloured jeans and trainers.

The CCTV still shows the suspect walking along the southern part of Dunton Road (just off Old Kent Road) following the attack.