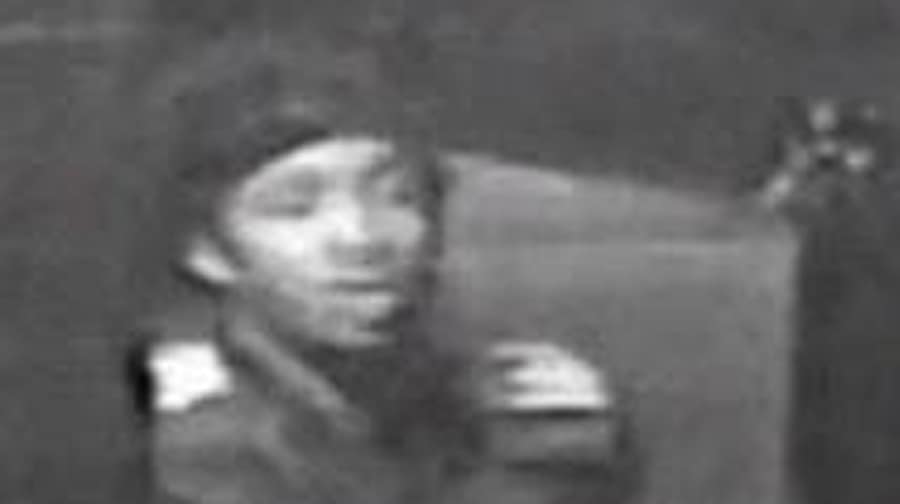 Police have released a CCTV picture of a man they want to speak to as part of an investigation following reports of a bullet being fired through a house window in Kennington.

Officers were called to the “reckless and selfish act” at around 22.10pm on Wednesday, July 25 at a house on Opal Street, finding a bullet inside the address.

No-one was injured in the incident, which police said could have had “fatal consequences.”

Detectives, alongside specialist firearms officers, scoured the area and also uncovered a bullet casing in a carpark on the opposite side of the road.

CCTV footage has been studied by police leading to the release of the still containing a man they want to speak to in connection with the incident.

Police want to speak to this man in connection with the July shooting Image: Met Police

Detective Constable Melanie Burridge, of the Met’s Trident and Area Crime Command, said: “Nobody should have to feel unsafe in their own home and especially should not have their safety compromised by a gun being fired.

“This was a reckless and selfish act that could have had fatal consequences.”

She appealed for witnesses to get in touch saying: “Do you recognise him or know who he is? Call police with any information. We are ready to take your call.”

Anyone with information about the man or the shooting should contact police on 101 quoting CAD8559/SEP15.

Alternatively Crimestoppers can be contacted anonymously on 0800 555 111.