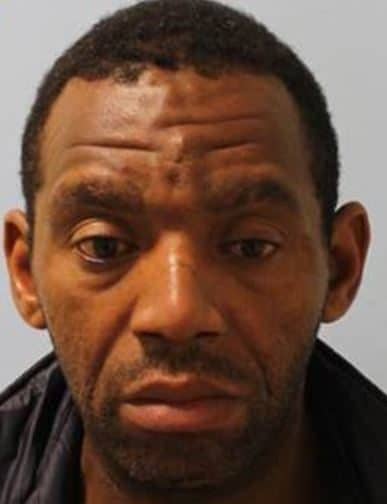 Police have appealed for help in tracking down a man suspected of a string of burglaries across south London, including Southwark.

Adrian Campbell, 44, is suspected of committing five burglaries since being granted bail at Camberwell Magistrates Court on March 4.

He had been charged on February 22 with going equipped for a burglary, obstructing police and theft of a pedal bike in Brixton.

He was bailed with conditions, which officers say he has failed to comply with.

Police investigating burglaries in Wandsworth, Southwark and Lambeth between February 7 and March 31 also want to speak to Campbell.

He is described as a black man and around 5ft 10ins in height.

He has three gold teeth and small scars on the centre of his forehead and on the bridge of his nose.

Police said he was last known to be living in Brixton and has connections to Walthamstow.

Anyone who knows his whereabouts is asked to call detectives at Walworth police station via 101 quoting reference 3842/31 March.