Police break up warehouse rave attended by ‘hundreds’ in Bermondsey 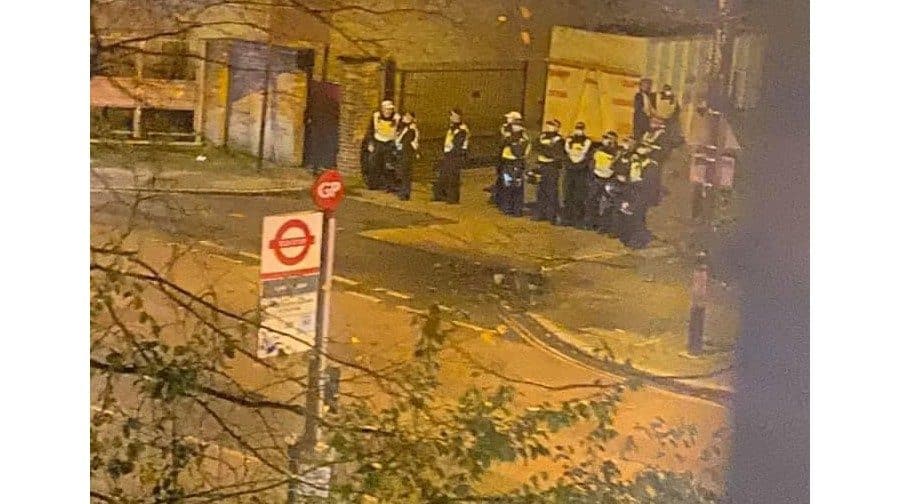 Police broke up a warehouse rave in Bermondsey at the weekend only to be greeted with some revellers throwing objects at them.

Crowds gathered in a warehouse near Southwark Park Road late Saturday night before being broken up by police. One witness estimated an attendance of more than 150 people.

Officers said they were called because of “a large number of people” gathered at the illegal music event.

They dispersed the crowd from the warehouse, with party-goers moving onto other surrounding roads in the area such as Galleywall Road.

“Protective gear was deployed after a small number of missiles were thrown at officers,” said a Met Police spokesperson.

“There were no reports of any injuries. No arrests.”

One witness told the News: “There was hundreds of them, and there was police vans everywhere.

“It was definitely a rave, I’ve never seen so many police cars and vans. But I didn’t see any trouble, I just saw them all running around.

“It’s just unnecessary and dangerous, all these people getting together. But they have got to get some security on these railway arches, they need to do something about it.”

While another added on social media: “Sounds like a warzone out there with all the sirens and the helicopter overhead.”

A section 35 dispersal order, which gives officers the power to ban people from a certain area for 48 hours, was used and the rest of the crowd went home.

The power can only be used if police suspect that members of the public are being harassed by a person’s behaviour or that crime and disorder will take place, among other conditions.

Pictures of the event appear to show police assembled near the trading estate on Galleywall Road.

A police helicopter was also called out to the event, and was seen circling south Bermondsey as police broke up the gathering.