Officers were called to the scene at 4:40pm on Sunday after a brown bag was seen at a bus stop near the Sainsbury’s 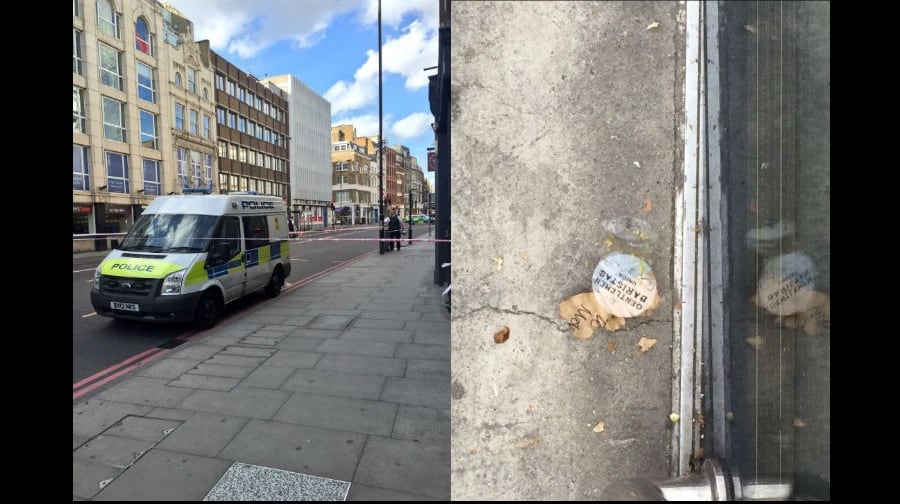 Police allegedly blew up a “pesto sandwich” in Borough High Street last weekend, after reports of a suspicious package saw people trapped in a pub and a supermarket.

Officers were called to the scene at 4:40pm on Sunday after a brown bag was seen at a bus stop near the Sainsbury’s.

The road was then closed while an investigation was carried out, with a controlled explosion taking place later on. After the all clear was given, a member of the public waiting for a bus saw pesto and bread splattered around the area of where the package had been.

Adam Smith tweeted: “Standing at the bus stop chuckling to myself as I keep seeing more evidence of the sandwich explosion. There is pesto on the first floor windows.”

The News contacted the police for confirmation of the suspected sandwich explosion but was told “they would not go into that level of detail”.