Police close to discovering what happened to Jodie Hills

A 'significant witness' has come forward with details on what happened to leave the Bermondsey girl badly injured outside a New Cross nightclub. 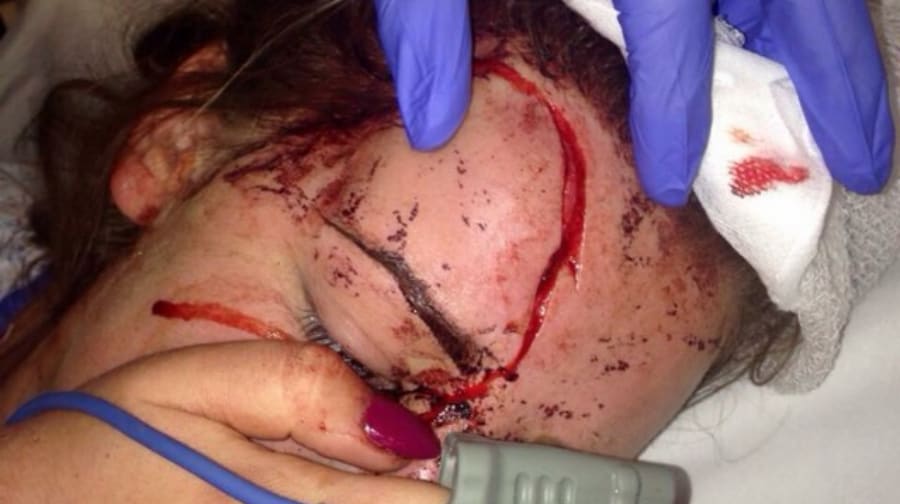 Jodie being treated in hospital.

Police may be close to discovering what happened to badly injured Bermondsey girl Jodie Hills after a “significant witness” to the incident outside a New Cross nightclub came forward following an appeal.

The teen was left potentially scarred for life after hitting her head on a railing outside The Venue in Clifton Rise on July 25.

The 19-year-old, who was accompanying her little sister on her first night out, claims she was pushed into the metal barriers. She told the News that CCTV footage will reveal the truth, although a spokesperson for the nightclub also released a statement categorically denying that any staff members were involved and that footage would also back up their claim.

She was knocked unconscious after hitting her head and was taken to hospital by ambulance where she was given 28 stitches. This week she returned to hospital to get her stiches removed and have her broken nose re-set.

After appealing for people to come forward, police are believed to be preparing to deliver the case to the Crown Prosecution Service, which will decide whether a crime has been committed, after a “significant witness” came forward.

Officers are now just awaiting medical evidence to be sent over from the hospital that treated Jodie before submitting the case.

A 35-year-old man and a 38-year-old woman were interviewed under caution at a south London police station on July 27.

Call police on 101 or Crimestoppers anonymously on 0800 555 111 with any information regarding the incident.

So was she pushed or not

Southwark NewsNewsPolice close to discovering what happened to Jodie Hills