Sunday marked the 25th anniversary of his death 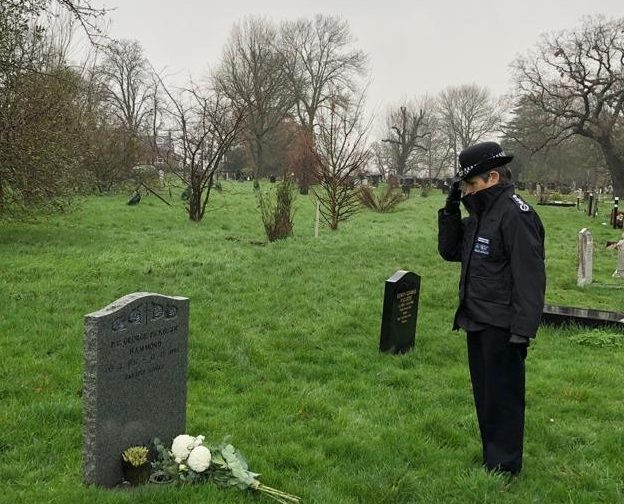 The Metropolitan Police Commissioner has paid tribute to a Southwark officer 25 years after he died from injuries sustained in the line of duty.

PC Hammond died in 1995, at the age of 58, as a result of complications from being stabbed in the line of duty a decade earlier. He had been injured while attempting to arrest a robber in Dulwich, in 1985.

Although he did return to the force, he never fully recovered from injuries which had put him in a coma for five months.

Tributes were also shared on social media by those who remembered the PC.

“I remember this Bobby on the beat,” said Julie Amoah. “Would always pop into our shop, the local co-op, Lordship Lane for a cup of tea. Even walking the beat he had time for a wave or a quick chat. Such a lovely guy.”

Jo Still tweeted: “PC Hammond was our local officer when I was growing up. He often visited our primary school (St John’s and St Clement’s). Fond memories.”