Police cordon off part of Bermondsey road after sudden death

A man, believed to be in his 60s, sadly collapsed and died 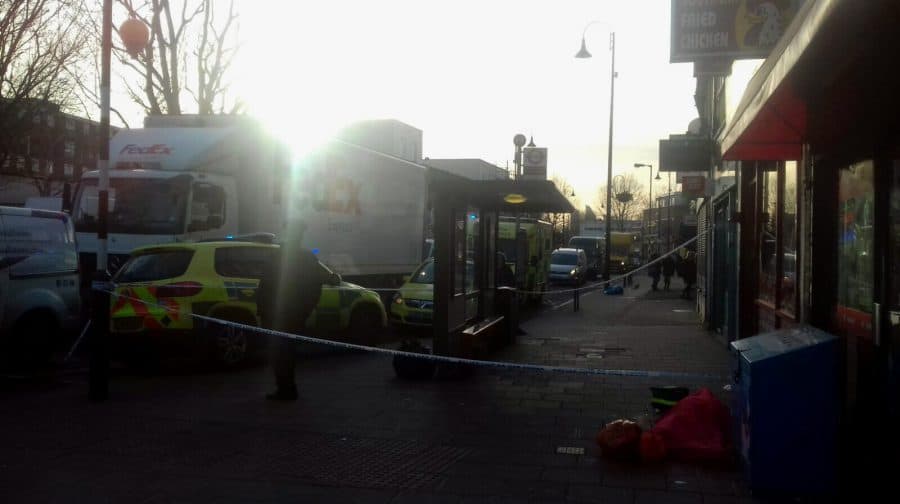 Police have cordoned off an area outside of a shop in Bermondsey after a man sadly collapsed and died.

Officers were called to Southwark Park Road at 3.30pm today after a man, believed to be in his 60s, collapsed and sadly died outside of Times Kebab.

Paramedics were also called, and the man was pronounced dead at the scene.

A police spokesman told the News: “Police were called at approximately 3.30pm on Monday, March 13, to reports of a man collapsed in Southwark Park Road, near the junction with Galleywall Road, SE16.

“London Ambulance Service attended and the man, believed aged in his 60s, was pronounced dead at the scene.

“At this early stage, the police are not treating the death as suspicious.”

Updates as we get them.