As well as the criminal element, cannabis factories can be a fire hazard because of the large amount of electricity they consume and the unsafe wiring the people running them use to heat and light the plant 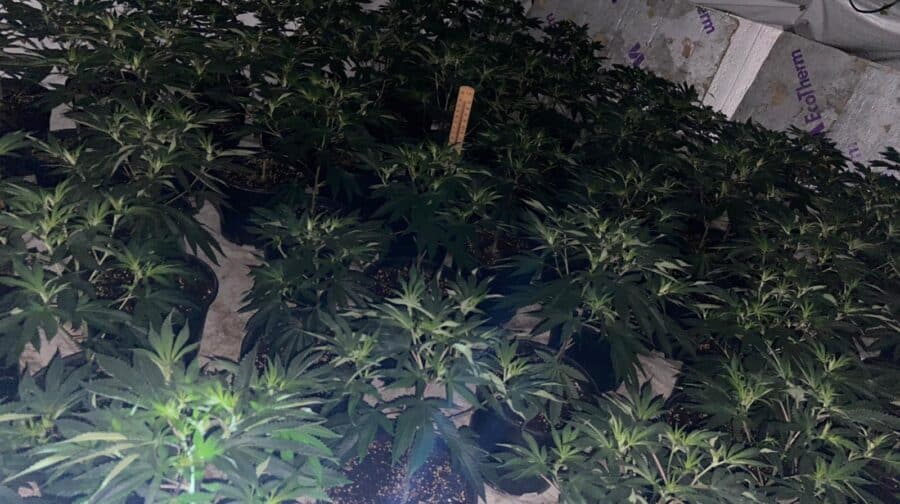 An image of a suspected cannabis farm in Southwark

Police have found eighteen cannabis factories in Southwark over the past five years, official figures show, putting Southwark towards the bottom of the 33 London local authorities.

Enfield in north London had the most factories discovered by the Met from November 2016-October 2021, with 74, followed by Barking & Dagenham in east London with 67, Croydon in the south with 57, Newham in the east with 56 and Brent in the north with 51.

Lewisham had the most cannabis factories out of the south-east London boroughs, with 36, followed by Greenwich on 31, Lambeth with 27, Bromley with 23 and Southwark with eighteen. Bexley was last in this part of London with thirteen.

Police found man ‘asleep next to 31 cannabis plants’ in Nunhead

Figures show a large spike in the number of cannabis factories discovered by police across London as a whole in the year from November 2019-October 2020, when 422 were found – compared to 130 the year before, and 196 in the most recent year up to October 2021.

As well as the criminal element, cannabis factories can be a fire hazard because of the large amount of electricity they consume and the unsafe wiring the people running them use to heat and light the plants. The people who work in them can also often be victims of human trafficking.

Cannabis factory fires have been rising in recent years, with the London Fire Brigade warning people to recognise the tell-tale signs, like blocked-off windows and a strong, sickly smell coming from inside a property.

Superintendent Tania Coulson, from the Metropolitan Police Service, said in 2019: “The production and supply of illegal drugs harms communities, and has clear links with organised crime, gangs, and violence on London’s streets.

“Every day, local Safer Neighbourhood Officers, proactive units and specialist officers are carrying out operations to identify and arrest drug offenders, and responding to local concerns and information about crime linked to drugs in their neighbourhoods.

“Cannabis farms are in themselves dangerous and pose a significant fire risk, and we are working to raise awareness amongst landlords, estate agents and the public.

“We would urge anyone who knows or suspects that a premises is being used to produce cannabis, or is otherwise used in the supply of drugs, to call police right away. With the public’s help, we will continue to crack down on this type of criminality.”

Earlier this year police found a man asleep next to 31 cannabis plants in Nunhead. Officers said it was “fair to say it was an unwelcome wake up call for the male found asleep next to the plants but luckily there was a bed waiting for him in our custody cell.”