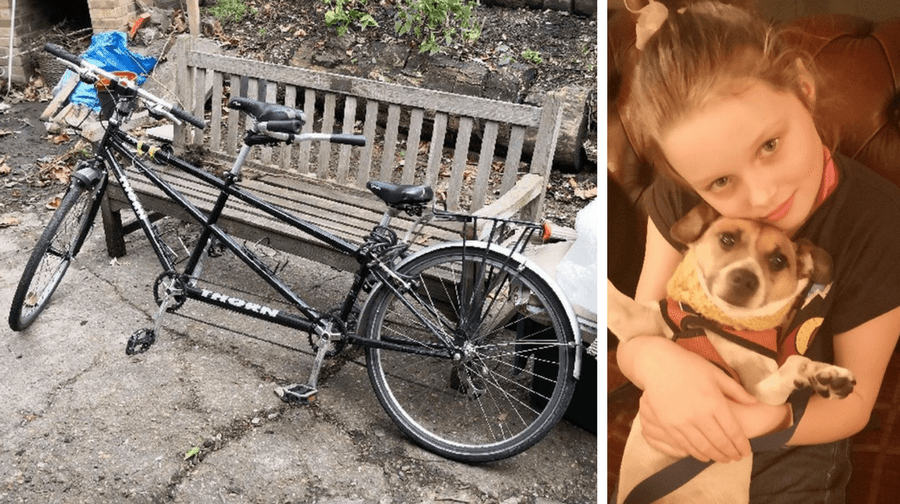 A mother has praised Southwark police officers for going out of their way to return her stolen tandem bike which she uses as a “family car”.

The News previously reported the story of Katy Thompson who was left struggling to get her nine-year-old daughter Adaray around after their child back tandem was stolen in Camberwell.

The 39-year-old single parent was left at a loss after the £1,500 Thorn tandem was stolen from a bike stand outside Cowling & Wilcox arts shop in Orpheus Street on Monday, February 5.

But her prayers were answered just days later when police officers rang her out of the blue on Saturday, February 10, to say they had found her bike.

“They phoned at about 8.30/9pm and said ‘we know you are a lone parent, we are going to bring it back in a van’,” said Katy, an art technician and bike mechanic.

“I think it [the News article] really told our story and gave a little bit of background to how much we need our tandem so the police officers in the area really took it to heart and were really looking out for it.

“The two officers who dropped it off were just really kind and really good about it.

“It’s been so nice just to tell the story of stuff working – of something getting stolen and then getting returned.”

Katy said there was a small note on the bike stand outside the arts shop warning people there had been thefts – but it had been covered by another bike.

She said the stand had been cut, although it was not obvious, and that it could be moved apart to slide a bike lock off.

Inspector Owen Pyle, based at Peckham police station, said officers received an anonymous tip off from someone reporting to have seen the bike abandoned at the Glebe Estate, on Peckham Park Road.

“Local response team officers attended as soon as they were able to and found the bike,” he said.

“Having read the crime report and also the news article, they were aware that it was a lifeline for the victim and requested a van unit to take it straight to her home.

“This is just one example of Southwark police officers going above and beyond what would be expected of them.

“Officers on the borough are doing things like this, day in day out, to make sure they provide the best possible service to the public.”

Unfortunately no suspect has yet been identified and inquiries are still ongoing.

Inspector Pyle urged anyone with information about the incident, or other bike thefts in Southwark, to report it to police on 101 or anonymously to Crimestoppers on 0800 555 111.

i know this girl now and she still has that bike and her and her mum use i quite often and the officers the found it and brought it back to her are amazing people thanks to them my best friend and her mum are happy and were able to continue having an amazing life.