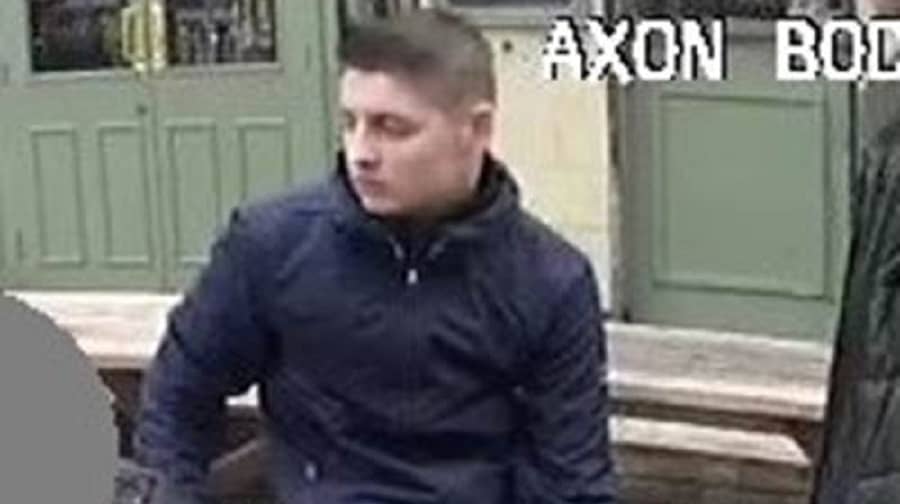 Police want to speak to this man in connection to a clash between Millwall and Bristol City fans outside The Gregorian pub in Bermondsey on April 7, 2018

Police have released an image of a man they want to speak to in connection with a clash between Millwall fans and “Bristol City troublemakers” outside a Bermondsey pub.

Eight people were arrested during early morning raids in Bristol on Thursday after police released CCTV images in the search for those involved in trouble outside The Gregorian pub on Jamaica Road.

Another man handed himself in at a police station and detectives are still hunting for an unidentified man, believed to be a Bristol City fan.

Those arrested were aged between 22 and 54 years old.

Several people were injured during the incident ahead of kick-off at The Den on April 7. Police want to speak to this man in connection to a clash between Millwall and Bristol City fans outside The Gregorian pub in Bermondsey on April 7, 2018

Inspector Rob Millican, of Avon and Somerset Police, said: “Our message is clear: any football-related disorder carried out by local residents will not be tolerated even if those offences are committed outside our force area.

“We will work with our partners across the country to ensure those involved are identified, arrested and dealt with robustly.

“This incident was wholly unacceptable and was committed by those who use football as an excuse to carry out violence and disorder.

“We will now put these people before the courts. Successful convictions should result in football banning orders which will mean they will no longer be able to attend games or follow their national side abroad.

“Ahead of the new season, we urge all fans to enjoy themselves but we will not tolerate poor behaviour and any form of football related disorder or violence.”

Anyone who recognises the man in the image released is urged to contact police by calling 101 or Crimestoppers anonymously on 0800 555 111 or by visiting www.crimestoppers-uk.org