'No one should be subjected to this, especially not a child' 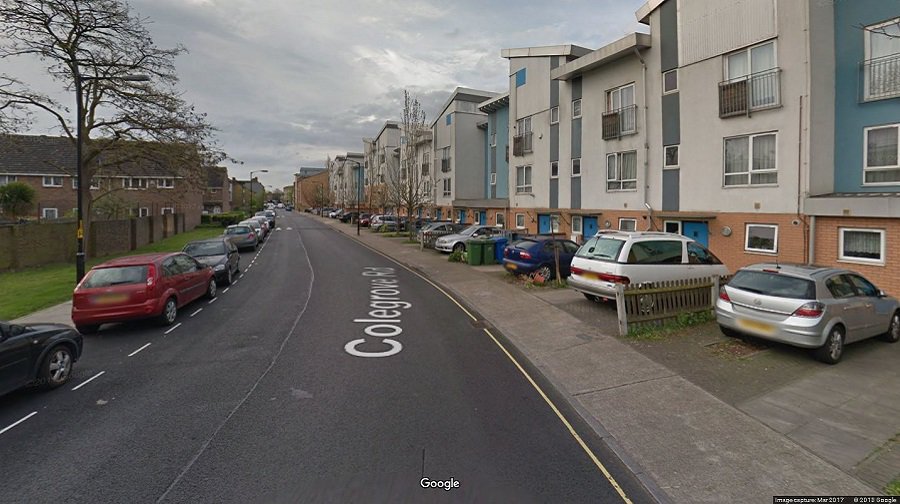 Detectives are hunting for a man who tried to grab a teenage boy walking home from school in Peckham before exposing himself.

The victim, a thirteen-year-old boy, had left school and was walking down Colegrove Road at about 3.40pm on Thursday, July 19, when he noticed a man cross onto the same side of the road as him.

The man followed the victim and attempted to grab the collar of his school uniform further down the road.

The victim ran off and the suspect began to chase him, before giving up and shouting in a language the teenager did not recognise.

The victim kept running and ran along Glengall Road but, when he approached the junction with Bird in Bush Road, the suspect ran around the corner towards him.

The suspect then stopped and exposed himself.

The victim ran to a nearby house for help, and the suspect fled in the direction of Bird in Bush Road.

Officers attended and searched the area but the suspect was not found.

The suspect is described as being Southeast Asian in appearance, possibly Chinese, about 40 years old, of strong build, about 5ft8ins, with short grey hair.

He was wearing a blue polo T-shirt, light blue jeans, and he was holding a brown briefcase.

Detectives from Southwark CID are investigating and are appealing for information and witnesses.

Detective Constable Alison Hall, the investigating officer from Southwark CID, said: “The victim was understandably left very shocked and distressed by this incident.

“No one should be subjected to this, especially not a child.

“If anyone has any information that could help us identify this man then please get in touch. Any information provided will be treated in the strictest confidence.”

Anyone with information is asked to call Southwark CID via 101 quoting 5396/19JUL.

Information can also be reported to Crimestoppers anonymously on 0800 555 111 or crimestoppers-uk.org.