Police have released images of five men they would like to speak to. 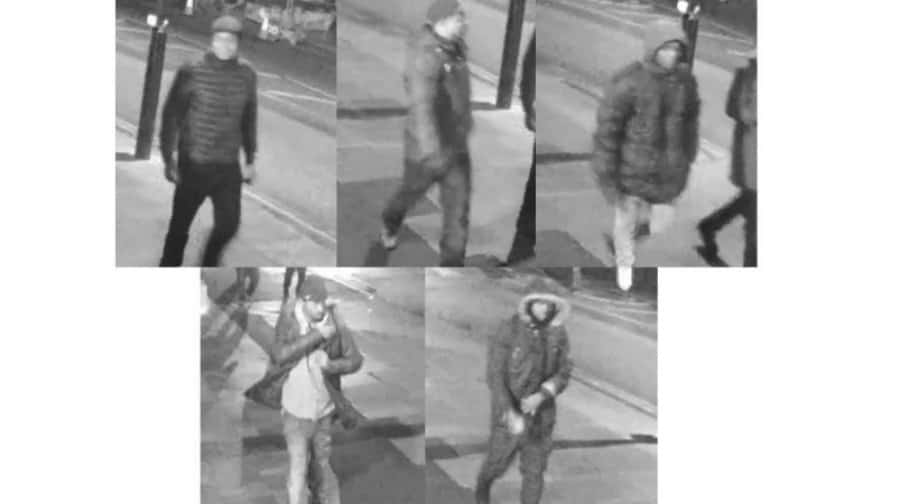 Have you seen these men?

Police are appealing for help after a dog-walker was attacked by a group of men in Walworth.

The incident occurred at just after midnight on January 23, as the victim walked through Victory Place Park.

According to police, the 37-year-old man was robbed of his mobile phone after he was pushed and slapped by the group.

All of the suspects are described as black males, although the victim can only describe two of the attackers in detail.