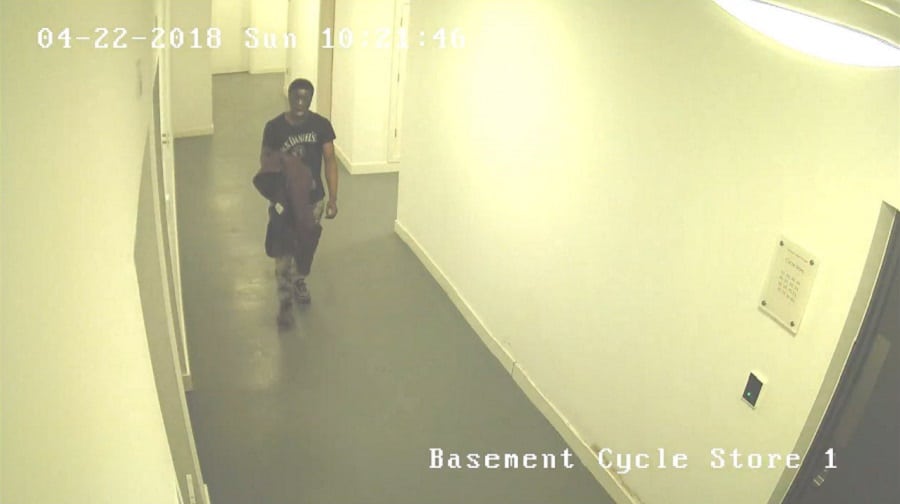 Police have released an image of a man they would like to identify after four burglaries at the same block of flats.

On four occasions in April and May, flats at Globe View House on Blackfriars Road were broken into.

A total of three bikes and two bicycle wheels were stolen.

Officers believe that all four burglaries were carried out by the same person.

In each burglary, the suspect broke into the building and targeted bicycles that were stored in the basement.

During the first burglary at approximately 11.20pm on Sunday, April 22, a mountain bike was stolen.

The second incident was at about 10am on Wednesday, April 25, which involved two wheels being stolen from a bike.

During the third incident at about midnight on Sunday, April 29, two bicycles were stolen.

In the fourth incident at about 1.53pm on Tuesday, May 1, the suspect attempted to enter the basement but was confronted by a member of security staff and ran off empty handed.

DC Amidatu Mustapha from Walworth CID said: “The bikes were all worth between £600 and £1,000 each and I am committed to finding the person responsible.

“We are keen to hear from anyone who may recognise the man shown in the still released, or anyone who witnessed the burglaries.”

Anyone that can assist the investigation is asked to contact Walworth CID via 101 quoting CAD 3912/01MAY18.

To give information anonymously contact Crimestoppers on 0800 555 11 or visit crimestoppers-uk.org.