A man allegedly performed a "revolting" act in front of a woman on the train. 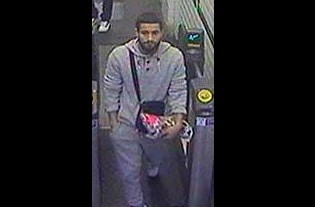 Police are hunting for a man after “disgusting actions” were performed in front of a woman on a train bound for Herne Hill.

According to the British Transport Police, a man indecently exposed himself before performing an indecent act in front of a woman sitting on the train, which was travelling from Sutton to St Albans.

He boarded the train at Sutton and disembarked at Herne Hill station. The incident is believed to have occurred at around 2.40pm on December 17.

Police have released a CCTV image of a man they would like to speak to in connection with the incident.

PC Mark Luker said: “This was a revolting act that left the victim feeling extremely intimidated and upset. Nobody travelling on the railway should have to put up with these disgusting actions and we’re determined to find the man responsible.”

“We believe the man seen on station CCTV can help us with our investigations. If you think you can name him, or if you have any information to help our enquiries, we’d urge anyone to get in touch.”

thats diversity for you