‘There was so much pushing and the police started hitting supporters with truncheons and batons, and I got hit in the belly, which winded me’ 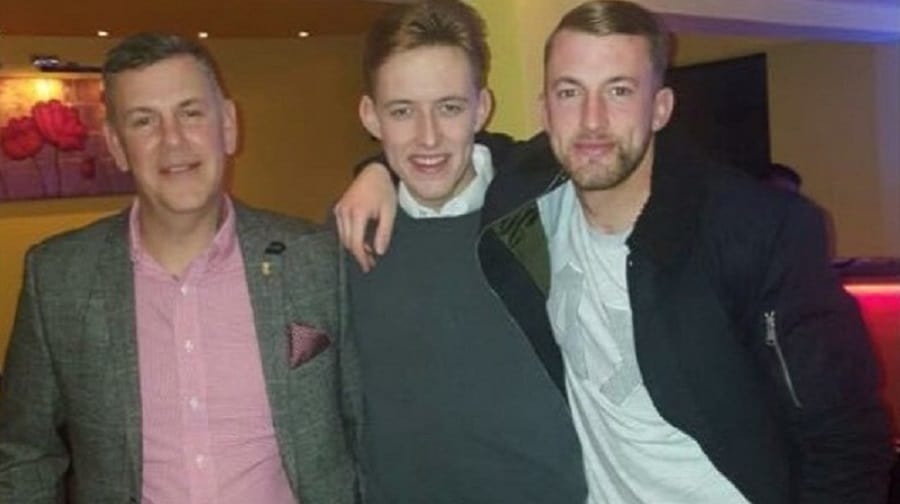 Andrew May with sons Harry (middle) and Billy (right)

Police are investigating claims a Millwall fan was hit with an officer’s baton while walking to a match – and later suffered a heart attack just ten minutes after kick off.

Andrew May, 52, says he was walking to the Millwall v Tottenham FA Cup match at White Hart Lane with sons Billy, 29, and Harry, 21, when he was struck with a police baton.

The father-of-four, who has worked as a London bus driver for eleven years, says he was left “winded” by the incident on March 12 and claims the use of the baton was unprovoked.

“They [the police] escorted us from the pub in Seven Sisters to the Tottenham ground,” said Mr May, originally from Peckham but now living in Kent.

“Everyone sort of surged forward and you had to go forward; you just couldn’t move. At one point your feet were lifting off the ground, it was ridiculous.

“There was so much pushing and the police started hitting supporters with truncheons and batons, and I got hit in the belly, which winded me.

“I got into the ground and sat down to get my breath back and within ten minutes I was getting really bad chest pains.

“I think one of my boys called one of the stewards over and I just collapsed and I don’t really remember a lot after that.”

Mr May woke up in the back of an ambulance en route to St Bartholomew’s Hospital where he was told he had suffered a heart attack as a result of a blocked artery and was fitted with a stent.

“I was in hospital for three days,” said Mr May. “I paid £200 for a ticket and I ended up watching ten minutes of the game and we were so looking forward to it.

“My licence is suspended at the moment because I’m not allowed to drive and I’ve got to be careful because I’m driving passengers.

“I’ve never had a heart attack or anything like that. I usually go to the gym every other day so I’m quite fit for my age and hopefully I’ll recover a bit quicker.”

Mr May admitted he could not connect the heart attack to the earlier incident in which he was hit with a police baton.

However, he said he wanted to raise awareness of how Millwall supporters are treated.

He added that Millwall striker Harry Smith visited him at home where he is still recuperating.

A Met Police spokesperson said: “Police were made aware of a 52-year-old man who was taken ill inside the stadium during the Tottenham v Millwall match on Sunday, March 12.

“Whilst being treated at the stadium, he stated that he had been struck by a police baton outside the ground before the match.

“The man, who subsequently suffered a heart attack, is now in a stable condition.

“The matter was referred to the Independent Police Complaints Commission (IPCC) who decided it should be investigated locally. The Met’s Directorate of Professional Standards is now investigating.”