Police are still appealing for more witnesses to come forward 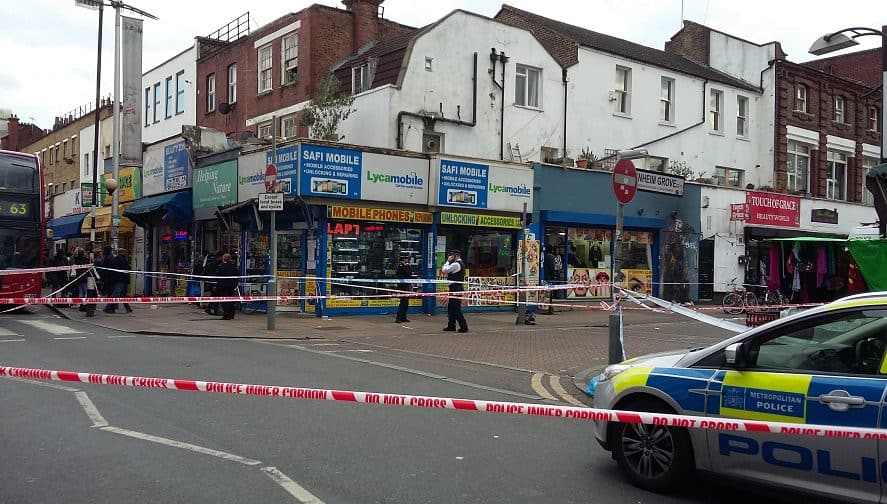 Two men have been arrested after the fatal stabbing of a man in the centre of Peckham on Friday.

A 26-year-old victim was pronounced dead in Blenheim Grove at 3.51pm, after the attack happened at about 3.15pm, by the junction with Rye Lane.

His next of kin have been informed, but officers await formal identification.

A post-mortem examination on Saturday gave the cause of death as stab wounds to the chest and arm.

Both were taken to an east London police station where they remain in custody. They have yet to be charged or released on bail.

Detective Dave Whellams from the Homicide and Major Crime Command, said: “We believe the victim was involved in an altercation with another person prior to being stabbed.

“The incident drew a large crowd of onlookers and a number of members of the public were filming the incident on their phones.

“I am appealing directly to any witnesses – and in particular any of those people who have recorded footage – to contact police as soon as possible.”