Police officer taken to hospital after motorbike collides with car 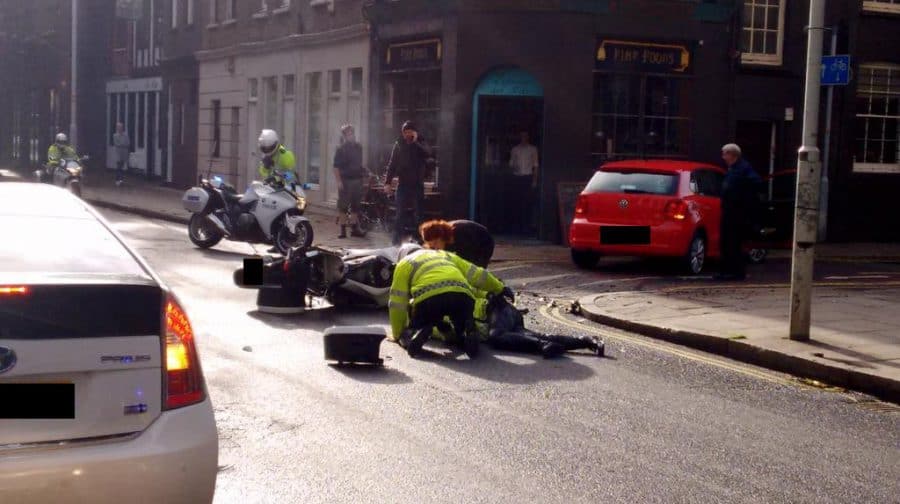 A police motorbike was involved in a collision with a car near the junction of Long Lane/Wild's Rent SE1 (Credit: @rndnull)

An officer on a police motorbike has been taken to hospital after being involved in a collision with a car.

London Ambulance Service and the fire brigade were called to the incident at the junction of Long Lane and Wild’s Rents, SE1, at about 9.30am today, Thursday.

A male officer riding a police motorbike was taken to a south London hospital.

His injuries, and those of the female motorist, were not thought to be life changing or threatening.

Twitter user @rndnull, who witnessed the aftermath of the collision, said the officer appeared to be part of the Met’s Special Escort Group – although this has not been confirmed by police.

“Biker from MET’s Special Escort Unit took a bit hit, but I overheard him telling other biker he’s ok,” he said on Twitter. “Ambulance arrived in no time.”

Officers from the Roads and Transport Policing Command are dealing with the incident.

Road closures are in place.