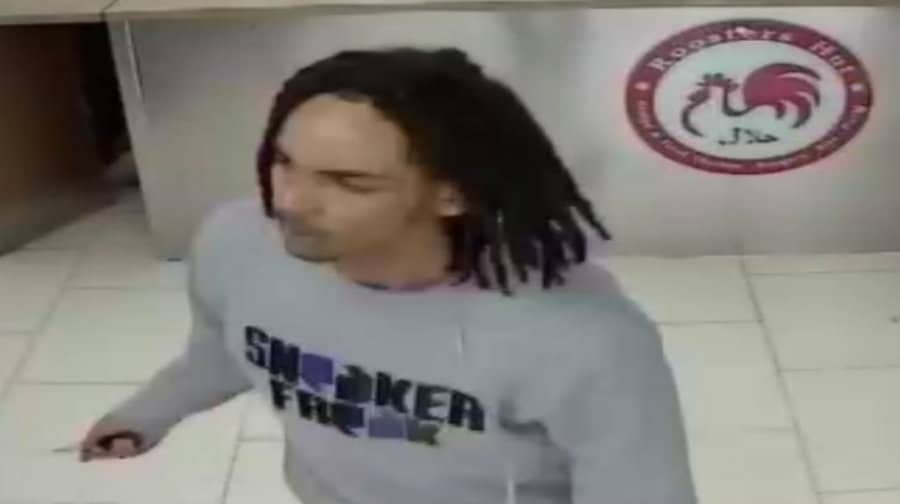 Police have released a CCTV image of a man they want to speak to in connection with a violent assault in Peckham.

The nineteen-year-old victim was walking down Rye Lane on April 22 when he was approached by three men.

After a brief argument, the three men set upon the victim, punching him to the ground and then kicking him.

The teenager managed to get to his feet and run in to a nearby fast-food restaurant, chased by two of his attackers.

One of the men then produced a knife and attempted to stab him several times, causing the victim to sustain defensive wounds to his hands. Both men then fled the scene and the victim was taken to hospital, where he was treated and discharged.

The suspect captured on CCTV is described as being a light skinned black male with long, braided hair, of slim build and approximately 6ft tall. He was wearing a grey sweatshirt with the words ‘Snooker Freak’ on the front and blue jeans.

A 21-year-old man was arrested on May 20 on suspicion of grievous bodily harm (GBH) with intent and has been bailed pending further enquiries to a date in late July.

A second male was arrested on July 14 and remains in police custody.

The third suspect, shown in the CCTV image, remains unidentified. Investigating officers from Southwark CID are now appealing for help from the public to identify this third male.

Anyone with information is asked to contact DC Tessa Lyle-Meller of Southwark CID on 101 or call Crimestoppers anonymously on 0800 555 111 quoting reference 3011268/15.