A 44-year-old pedestrian was badly injured in the incident and may be scarred for life. 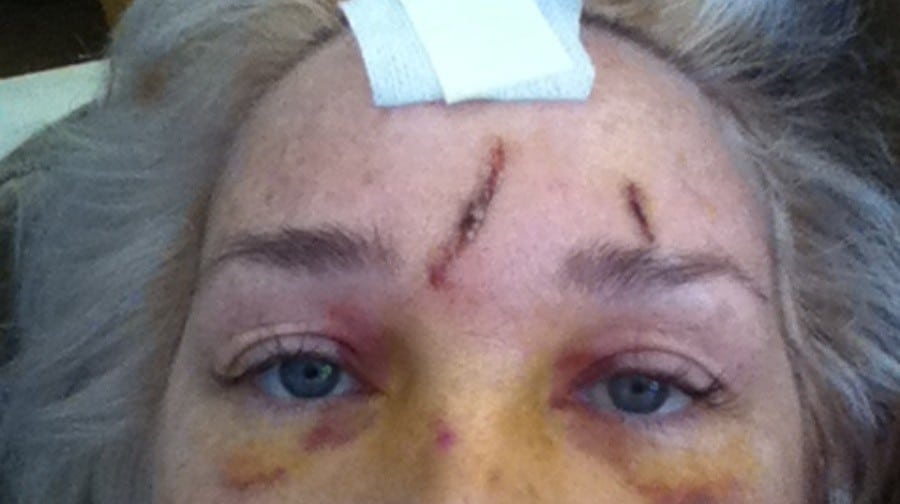 Police have released a CCTV image of a man they want to speak to in connection with the collision between a cyclist and a pedestrian last week.

As reported by the News, Andrea McVeigh was left ‘extremely traumatised’ and possibly scarred for life after she was allegedly hit by a speeding cyclist on the pavement, who then fled the Tower Bridge Road scene, it is claimed.

Her husband gave chase but the cyclist refused to stop and even turned around and smiled at Andrea’s desperate spouse as he sped away through Bermondsey Square, he alleged.

The 44-year-old said: “I just hope now that the cyclist is caught. I also hope it’s a warning to other cyclists that their bikes can be a dangerous and potentially deadly weapon when they cycle on the pavement. I never thought this could happen to me, but it did. I thought I was safe on the pavement, but now I’m so shaken up and scared I’ll not feel properly comfortable for months, if ever.

“I’m still battered and bruised almost two weeks after the accident and still off work sick. I’ve still got a sprained and swollen ankle and foot, so I’m walking with a limp and my face still shows the deep cuts I sustained.  These forehead cuts will be scars for life, which is very distressing as they will be daily reminders of what happened to me.”

The social media manager added that she was disappointed that police were slow in investigating the matter and releasing the CCTV image, and only seemed to respond after significant media coverage.

Chief Superintendent Zander Gibson, Borough Commander for Southwark, expressed his ‘heartfelt sympathy for what she went through’ and apologised for the ‘delay in investigating the matter.’

He added: “The vast majority of cyclists are decent honest hardworking people but in this case I think the person responsible for knocking the victim over needs to explain their actions to us. I’d encourage them to get in touch at the earliest opportunity.”