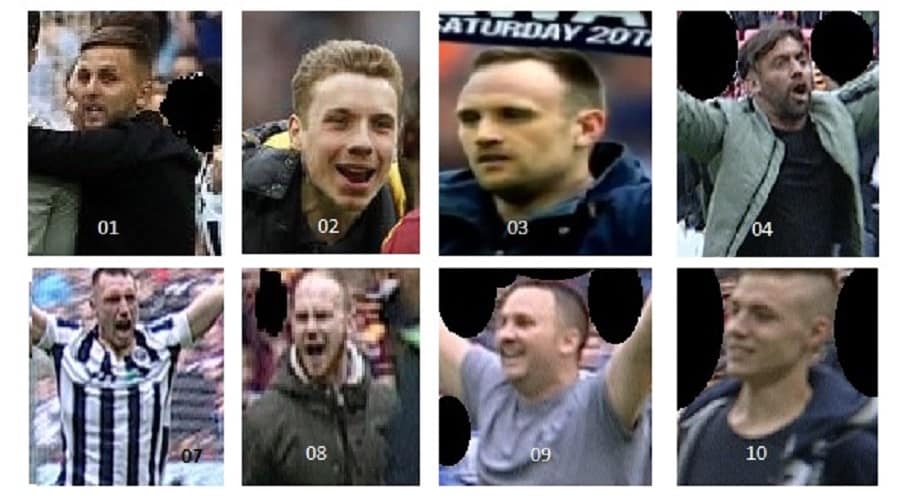 Scotland Yard has released images of twelve men they would like to speak in connection with a pitch invasion that followed the Millwall vs Bradford City play-off final on May 20.

The match at Wembley Stadium was won one-nil by Millwall, securing their promotion to the Championship.

An appeal from the Met said that following the final whistle, a large number of fans from the Millwall section ran onto the field of play.

Some of those fans ran directly to the Bradford City half of the pitch and began to taunt the opposing team’s players and fans, the Met said.

Detective sergeant Neil Gunn, whose team is leading the investigation, said: “We would like to speak to those pictured in connection with offences including incursion onto the pitch, and possible offences under the Public Order Act.

A total of thirteen arrests of fans of both teams were made at Wembley. Police also confirmed on May 23 that three males, aged fifteen, 20 and 29, were arrested in relation to the pitch invasion.

“Anyone who is able to identify any of those pictured is asked to contact the investigation team directly on 020 8246 9388.”