The operation resulted in 28 vehicles being removed 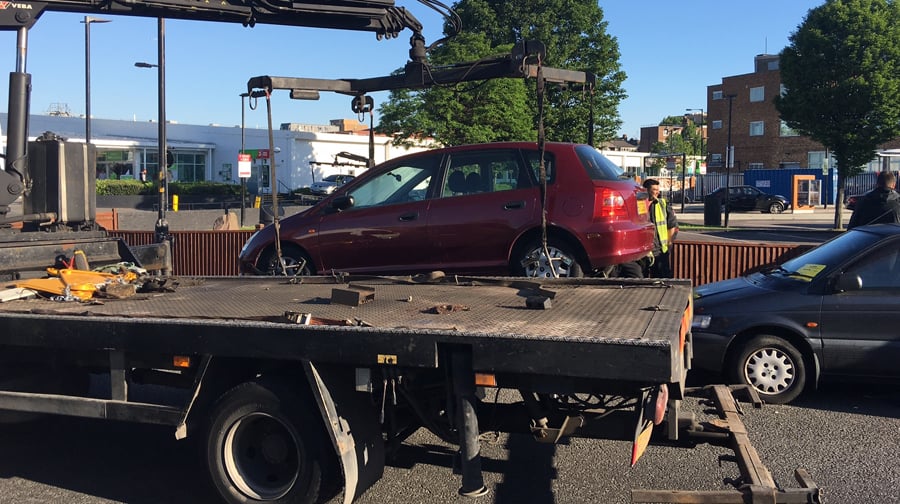 ROUGH sleepers and untaxed vehicles were moved away by police from the B&Q car park on Old Kent Road on Tuesday after complaints of “harassment” and “anti-social behaviour”.

Police and officers from Immigration Enforcement and Southwark Council took action on May 24 after numerous complaints about people asking passers-by for money and paid work.

A large number of the vehicles were parked on the Cantium Retail Park, home to Asda, B&Q and Halfords.

People are also said to have camped in vehicles illegally parked on nearby streets, Malt Street, Olmar Street and Ossory Road.

The operation resulted in 28 vehicles being removed for not having insurance and tax and fourteen Romanian nationals electing to return to Romania with the help of Immigration Enforcement officers.

Sergeant Jon Sweatman said: “Businesses in the area have been suffering from increased anti-social behaviour in the area over the last few months and a number of local business managers approached us during the operation thanking us for tackling the issue.”

Councillor Barrie Hargrove, Southwark Council’s cabinet member for communities and safety, said: “This has been a serious issue for our residents and local businesses, who have lodged complaints about noise and other forms of ASB.

“While the operation was successful, this is a very complex situation, which all agencies will be carefully monitoring over the coming months.”

A B&Q spokesperson said: “We are pleased to report that following our contact with MP Neil Coyle, local authorities today removed the vehicles and moved the individuals on. For all those involved, we hope this is a lasting resolution.”