Police tackle and taser man, who ‘pointed gun loaded and ready to fire’ at officers, on routine patrol in Camberwell

On second attempt the taser worked, and the man was disarmed before being handcuffed to a set of railings 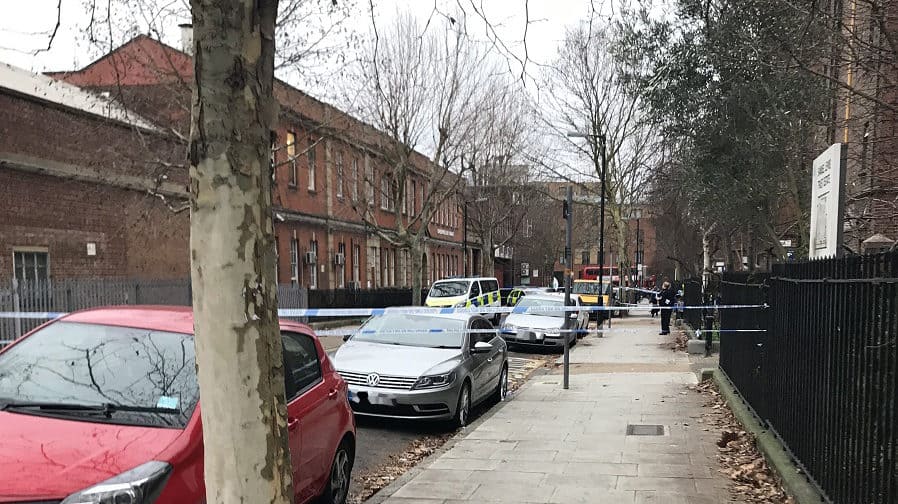 Police tackled, tasered and eventually handcuffed a man to a set of railings after they said he pointed a loaded gun at officers on routine patrol in Camberwell last night.

The incident happened on Warner Road at around half midnight on Wednesday, January 16, when officers stopped a vehicle with a man and woman inside, believing it to be ‘suspicious’.

Police say the man was fiddling with his trousers as they approached and the vehicle smelled strongly of cannabis.

The pair were held under Section 23 of the Misuse of Drugs Act and as the man was escorted out the vehicle.

Police told the News he the man began trying to hide his left hand and push past the officers – who realised he was carrying a gun.

They said after one failed taser attempt an officer launched a tackle, which is when the man is believed to have aimed the firearm at the officer.

On second attempt the taser worked, and the man was disarmed before being handcuffed to a set of railings.

At the same time, the woman is said to have fled the scene in the vehicle.

The 31-year-old man was taken to hospital as a precaution and will be taken into custody once discharged.

Officers found the gun and said it was loaded and ready to fire.

A woman, in her 40s, was later tracked down in the vehicle in nearby Amelia Street.

She was arrested for failing to stop for police and possession of a handgun, and is now in custody in a south London police station.

The Met says crime scenes are in place in both streets and  enquiries continue.

Southwark NewsNewsPolice tackle and taser man, who ‘pointed gun loaded and ready to fire’ at officers, on routine patrol in Camberwell