They're already raised £1,300 to support victims of domestic abuse 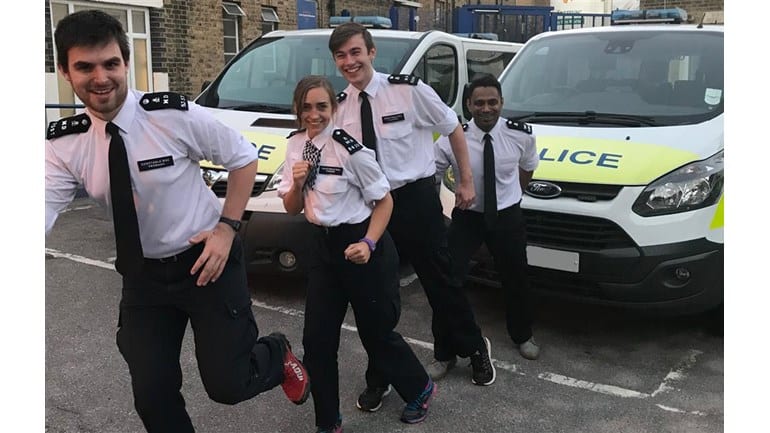 A team of Met Police specials are undertaking a hardcore obstacle challenge in uniform to raise money for domestic abuse victims.

Special Sergeant Michael Yeomans will be running the grueling Tough Mudder challenge on Saturday for the Southwark-based Bede House, alongside Special Constables Oli, Emily and Stanley.

The group have raised £1,300 for the charity, helping to fund their Starfish project, which aims to break the cycle of domestic violence.

Michael said: “I did a Tough Mudder and I was thinking I’d like to do another one with a different angle.

The volunteer has previously done Tough Mudders, a hardcore obstacle race, for the veteran’s charity Help for Heroes, and also just for fun – but victims of domestic violence is the cause closest to his heart.

He explained: “Bede House is a charity based in Bermondsey in Southwark that I police with.

“They work with the Met in their safeguarding – the community safety unit it’s called, specifically for domestic violence victims to get support with housing and things.

“Police put the sticking plaster on and then you have the long term support that’s required and Bede can provide that support people in uniforms can’t.

“So it felt like a really worthwhile charity to be raising money for.”

The special sergeant had to get the permission of the borough commander to run in uniform – and once he did, persuaded some other officers to join in.

Together they have been asking for sponsors on JustGiving – and taking to the street with a collection tin to raise money.

“Sometimes it’s quite clear cut but other times it’s a very a messy and emotionally difficult scenario where it’s about controlling risk as best possible and trying to make sure you’re not coming back again but this time with a body bag.”

Southwark has one of the highest rates of domestic violence in London, with an average of 2,200 -2,400 recorded incidents a year.

Charities such as Bede House with its Starfish project aim to support women and men who are victims of domestic abuse with advocacy and advice services.

Ahlam Laboori, project manager of Starfish, said: “They were like ‘would you like us to raise money by doing a Tough Mudder?’ We said yes as long as we don’t have to take part!

“We are a very small charity and we’re completely reliant on donations. The money will go to a range of support services.

“It’s a big sum, it means we’re able to provide care for women who have children. It makes a massive difference for us and the woman – and men – we support.”

If you would like to donate to the team’s fundraiser, you can do so here.