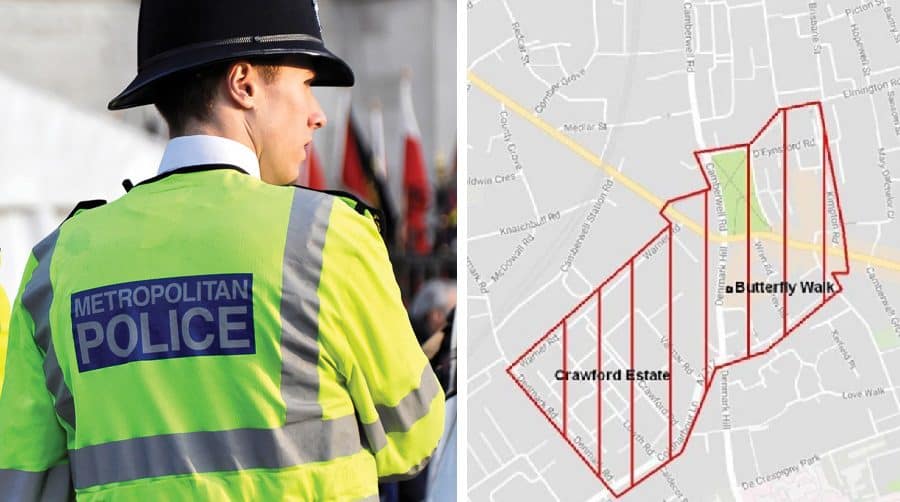 Police are increasingly using “dispersal zones” to tackle gangs wielding knives and shooting fireworks on estates in the run up to Halloween and Bonfire Night.

The dispersal zones make it an offence for troublemakers to simply enter a geographical area, and they face arrest if they refuse to leave.

Detective Inspector Luke Williams, the borough’s “gangs proactive” officer, told the News he has authorised them in Camberwell, Peckham and Walworth, in places with a link with gang activity, usually by males under-25.

He explained they can be used where there is anti-social behaviour, meaning the public are being “harassed, alarmed or distressed”, or if there’s the “appearance of crime and disorder”.

“The ones we have authorised before have been in relation to crime and disorder, because on a number of occasions a large group had been running around with knives and machetes,” Luke said. “One we used last week [on October 10] was when kids were throwing fireworks. It covered an area including the McDonald’s in Butterfly Walk (Camberwell) and the Crawford Estate.”

The size of the dispersal zone will depend on the intelligence, with a “mix of common sense” based on where the people might be going.

“If I think a gang on Estate A might seek reprisal from a gang on Estate B, then I will have the intelligence to set up a dispersal zone,” Luke said. “And you don’t just go for one area. Common sense tells you that if the gang is in A then they will need to travel a certain route to get there.”

The detective added: “They are really useful in the position where someone doesn’t have a knife [so they can’t just be arrested for possession], but we know they’re making people’s lives a misery…

“We would absolutely do all we can either to deal with that. And it sends a strong message to we’re not going to stand by. People shouldn’t be afraid to come out of their homes. It’s completely unacceptable.”