The windscreen, wing mirror and bonnet of the London Ambulance Service vehicle were damaged during the incident in Borough High Street 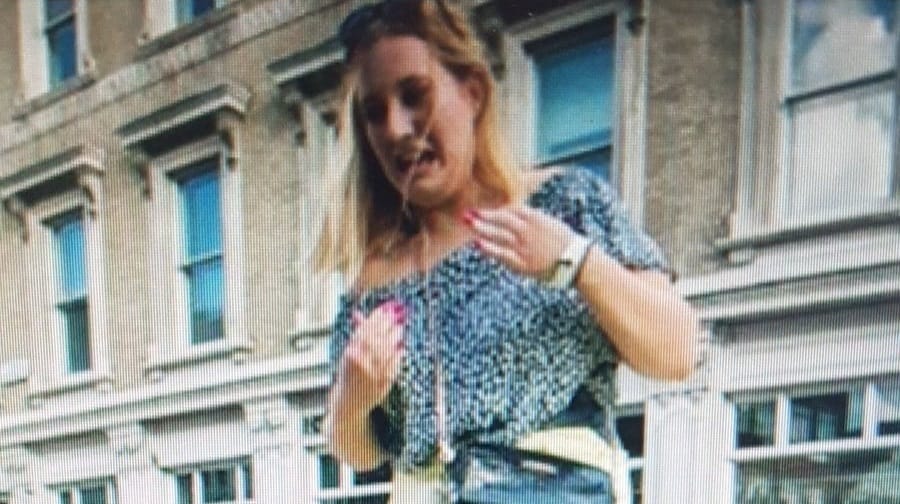 Southwark police would like to speak to this woman after a London Ambulance Vehicle was damaged during World Cup celebrations in Borough High Street on July 7, 2018

Police have released an image of a woman they would like to speak to after a paramedic car was damaged during World Cup celebrations in Borough High Street.

The woman can be seen standing on the roof of the London Ambulance Service vehicle surrounded by crowds in the image.

The windscreen and wing mirror of the car were smashed and the bonnet was dented after revellers climbed on top of it while celebrating England’s win over Sweden on Saturday, July 7.

Last week the News reported that detectives investigating the incident had already traced another woman to Scotland, who voluntarily attended a police station to be interviewed under caution on Monday, July 16.

They are now appealing for anyone who can identify the woman in the image (below) released yesterday to come forward. Big-hearted Millwall fans have managed to raise more than £10,000 for London Ambulance Service to help with the repairs.

After seeing a picture of the damage, Millwall Supporters’ Club chair Kathryn Gale and vice chair Michael Avery set up an online fundraising page to help contribute £5,000 towards the repairs – but it smashed its target within 24 hours.

Michael told the News he felt “just general disappointment” at what happened on his club’s “patch” in Borough.

Officers ask anyone with information that might help identify the female in the image (above) to contact Southwark CID by calling 101 quoting reference CAD 5976/07JUL18.