The poltergeist is Sasha and the trail of destruction he leaves in the wake of his life. 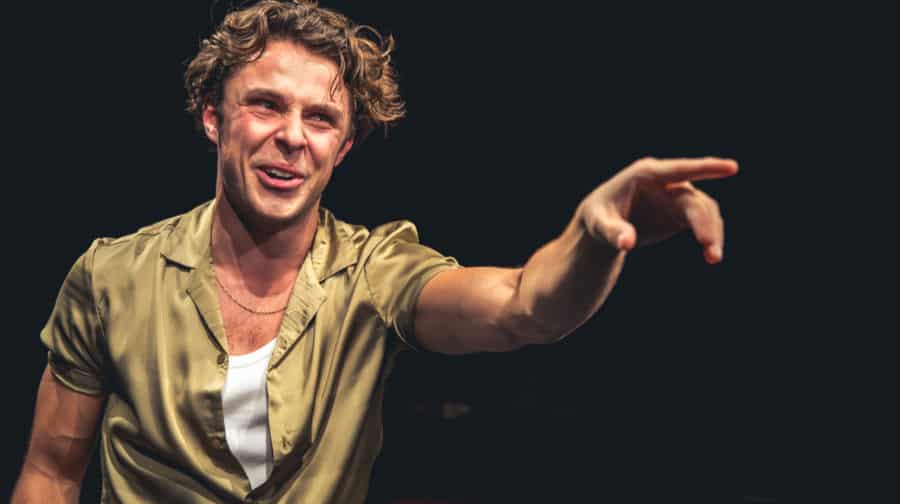 Philip Ridley’s new one-man play, Poltergeist, tells of being haunted by a life not lived, living with regrets that you’re not allowed to forget, and constantly being reminded of mistakes made that affect your life forever, writes Michael Holland.

Joseph Potter is the one man playing Sasha and everyone else in his uptight life, and 2020 could be the year that haunts him like a dark cloud because he was supposed to star in the world premiere of The Beast of Blue Yonder at the Southwark Playhouse, and The Taxidermist’s Daughter at Chichester Festival Theatre before Covid-19 killed them both off.

The Southwark Playhouse did manage to squeeze in three 5-star performances of Poltergeist between lockdowns in November and the show is now available to view online.

Sasha seemingly doesn’t like anyone though lives with his partner Chet, who is constantly asking Sasha if he is okay. This loving concern, however, translates as an annoying habit. Then there is the brother he hates, the neighbours he distrusts, the in-laws from hell, and the young niece who has a birthday party he is obliged to attend. Poltergeist is set on the day of the party and the day is spent with Sasha metaphorically bouncing off every wall while all about him remain calm and ask after his health. Small reveals along the way let us know Sasha is a worrier, Sasha has paranoia, Sasha is addicted to painkillers and Sasha was once famous. 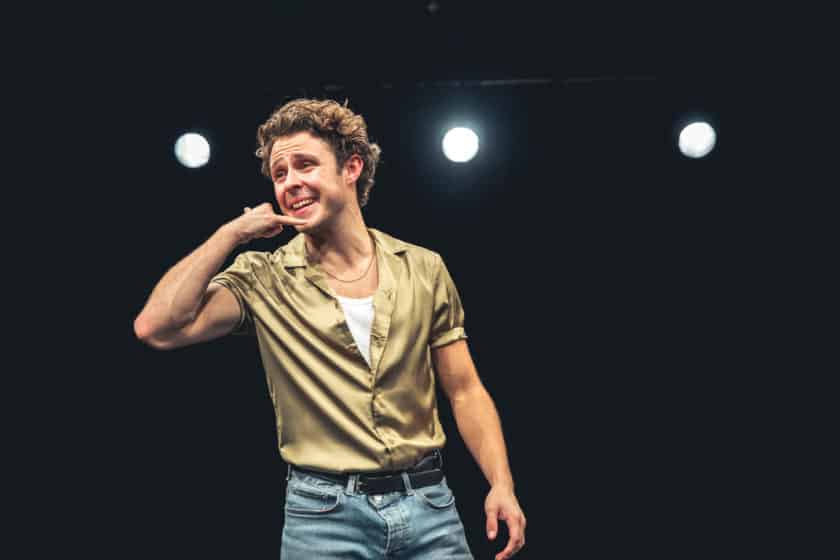 The day/performance starts off slowly with Potter merely having two-way arguments with Chet; quick-fire volleys of words between the Londoner and his northerner lover. But then they arrive at the party where there are welcomes and introductions with several people with different accents and genders, and as people settle into conversational groups Sasha is fending off questions from chatterbox Dougie, Mrs Kilkarney, the Irish neighbour, his sister-in-law and her posh parents, the supercilious brother Flynn and his screeching offspring Jemila and Robyn, with Potter not missing a beat as his machine gun delivery switches from one to the next, while miraculously also dealing with interruptions by someone coming round with cupcakes and drinks and people dragging on his arm to pull him to another room or into the garden. I felt the madness of what was going on in Sasha’s head and wanted to shout, ‘Stop!’. Sasha, on the other hand, deals with problems in his own inimitable way.

In amongst all the normal chitchat, we discover what Sasha was once famous for and how he dealt with the pressure of fame, and Poltergeist then becomes a play about mental health, and the poltergeist in the title is Sasha and the trail of destruction he leaves in the wake of his life.

Potter’s performance is incredible. Memorable. I’m still feeling the anxiety he passes on to whoever sees this wonderful piece of work.

I sincerely hope that this young actor’s career gets up and running in front of live audiences again soon.

Southwark NewsNewsPoltergeist at the Party